The treasurer, Josh Frydenberg, has also been on ABC News Breakfast this morning.

Frydenberg’s electorate of Kooyong is one of those under threat from the so-called teal independents. Monique Ryan, the independent in Kooyong, drew number one on the electoral ballot yesterday.

And he is tackling that by, er, announcing a $20m upgrade to community facilities for recreational fishers, campers and boaters.

It’s a grants process and looks, on the surface, similar to grants programs that have drawn the attention of the audit office.

Frydenberg said applications for this program would be administered by state and territory governments, and local councils would be able to apply.

Host Johanna Nicholson asked: “There’s been a history of these being used to gain votes and improve the Coalition’s popularity. Will these votes be just going to marginal and Coalition health seats?”

As I understand it, this money will go around the country reflecting the fact that recreational fishing is something Australians take to with great gusto. And these types of programs, these types of projects provide great community benefit and it’s only appropriate that all governments are involved.

Make of that what you will.

Asked what Labor would have done differently, she said: “we wouldn’t have trashed the relationship with our Pacific neighbours in the first place”.

It is inexplicable that, having been warned about this, Scott Morrison didn’t say to his foreign minister, Marise Payne, I want you on the first plane to the Solomon Islands to talk this through. This could have happened months ago. It comes on top of years of neglect.

The Labor leader, Anthony Albanese, will be campaigning whenever his health permits, Plibersek says.

She told the ABC:

But of course Anthony is tough. He’ll be campaigning, whenever his health permits, from his home base in Marrickville. He’s done a few media interviews from isolation in Marrickville.

Of course, you know, we’ve got a strong team. Anthony is really proud of his team and I guess it’s a real contrast with Scott Morrison who has to keep half his ministers in witness protection because of the various scandals they’ve been engaged in.

The politicians have started campaigning early.

First up is Labor’s education spokesperson, Tanya Plibersek. Plibersek was on ABC News Breakfast to talk about a Labor policy to commit $15m over three years to fund language other than English classes at community language schools.

There are currently 780 such schools around Australia, she says.

They’re teaching about 100,000 kids, most of them learning a language that their parents or their grandparents spoke in the country of their origin and it is a great opportunity to learn a second language. We know that that’s good for all kids. We want to make sure that more kids can learn a second language and they can learn it from an earlier age. So one of the features of this fund is that it will be available to schools to expand their teaching to pre-school-aged children because the earlier you start learning a language, the more likely you’ll be fluent.

Good morning and welcome to day 12 of the Australian election campaign.

Scott Morrison’s handpicked candidate for the seat of Warringah, Katherine Deves, avoided the media when she attended a “politics in the pub” style event at the Forestville RSL last night.

Deves was photographed outside the event and read a short statement but reporters and photographers in attendance were told Deves would not enter the venue if media were present and she did not take any questions from them.

Morrison has continued to support Deves and (ironically, considering events last night) says she will not be “silenced” despite her previous comments about transgender people.

Morrison yesterday said he believed that many Australians would be able to relate with Deves in that they too “feel sometimes that they haven’t expressed things well in the past”.

(As a reminder, this is how Deves expressed herself just last year).

Morrison spent much of yesterday speaking about the Solomon Islands’ security pact with China with the US saying overnight it will “respond accordingly” if China is allowed to establish a military base in the country.

The White House said the message was delivered directly to the Solomon Islands leadership by a visiting senior US delegation. The delegation also lamented the lack of transparency over the agreement and cast doubt on Solomon Islands officials’ claims that the deal was purely domestic.

The Labor leader, Anthony Albanese, is on day two of isolation after testing positive to Covid-19 on Thursday. He gave a TV interview to the ABC yesterday, saying the party had “war gamed” the possibility of him catching Covid, including figuring out who would speak and attend official events in his stead. Deputy leader Richard Marles will represent him at the Anzac Day commemorations in Darwin, for example.

The Western Australian premier, Mark McGowan, also has Covid and one of his children is in hospital after being in a serious condition after contracting the virus. He received a positive PCR test result on Friday. 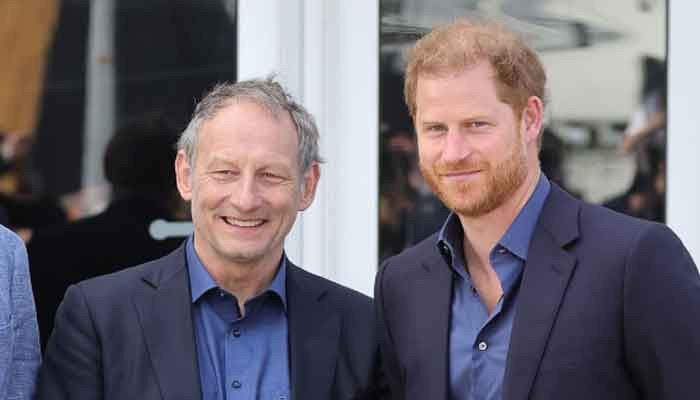 Next Article The spectacular collapse of the Project

The name of a jailed former mayor who committed sexual assault, corruption and other offences may be stripped from a street and a bridge after […]

From Afghan war zone to West Yorkshire: the rise and fall of Imran Ahmad Khan

When Imran Ahmad Khan was selected as the last-minute Conservative candidate for Wakefield in the 2019 general election, he sold himself as a “local lad”. […]

Who are top 10 richest people in the world?

from left to right Elon Musk, Larry Ellison, Gautam Adani. — Reuters According to the latest list of the world’s richest people by Forbes, the […]

Jacob Rees-Mogg says civil servants must return to the office

Civil servants will be told to return to their desks to ensure government department offices are running at “full capacity”, according to reports. Jacob Rees-Mogg, […]