As Boris Johnson met Narendra Modi on Friday morning, he joked of the enthusiastic welcome he received in the Indian prime minister’s home state of Gujarat – featuring giant posters of Johnson’s face, and flag-waving crowds – “I wouldn’t get that necessarily everywhere in the world.”

It was a characteristically self-deprecating reference to the fact that even 4,000 miles from home, he was unable to escape Partygate.

When this much-delayed trip was being planned, Johnson’s refreshed Downing Street team hoped it would demonstrate his commitment to the solid issues of investment, post-Brexit trade deals and green energy.

But beleaguered prime ministers rarely find solace from their troubles in trips abroad, and Johnson found himself peppered with questions about the collapse of his authority back in Westminster.

By Thursday afternoon, being interviewed in the baking Gujarat sun by a string of broadcasters, he was noticeably tetchy, at one point theatrically consulting his watch, and urging Sky’s Beth Rigby to stick to questions about the substance of the India visit.

In truth the victories from the visit were relatively modest. Johnson hailed the prospects for a free trade agreement, which the Indian government is indeed keen to press ahead with. Modi’s imprimatur may help speed up the process, but talks have been under way since January, following a shift in Indian policy. It has already signed recent deals with the UAE and Australia.

There are questions, too, about how much the UK may be willing to tie in visas with any deal. Johnson appeared to signal he would welcome more high-skilled Indian immigration as part of an agreement, reversing a longstanding UK stance.

Government sources claimed he was only referring to the “inter-company transfers” that allow firms to bring in overseas staff.

Johnson also highlighted cooperation on green technologies, including a memorandum of understanding on wind power, which is expected to see Indian and UK firms collaborating. There was also the customary announcement of new investment projects, though some of these were notably small, one creating just 15 jobs (though, Downing Street claimed, 11,000 in all).

Aside from that, tangible outcomes from the two-day tour were hard to identify, raising the question of why India, and why now, apart from the hope of generating some upbeat headlines about a post-Brexit trade deal.

Johnson repeatedly insisted the UK and India were fellow democracies ready to take on autocratic regimes (without mentioning China or Russia by name). Human rights watchdogs warn that while it was indeed democratically elected, Modi’s government has taken on increasingly autocratic characteristics – including repressive measures against journalists and activists. Johnson stood alone at his final press conference in Delhi, because Modi himself has not given one for years.

At the same time, the trip was also fraught with tensions about deepening the UK’s cooperation with a country whose stance is radically different on the overriding foreign policy issue of the day: Ukraine.

Downing Street had made clear in advance that Johnson had no illusions about influencing Modi, who recently entertained Moscow’s foreign minister, Sergei Lavrov, in Delhi – though the pair did discuss the conflict at length.

The contradictions inherent in the relationship were evident in a story published in the Times of India during the visit, and not denied by No 10, that the UK had requested a US-made Chinook helicopter be used to transport Johnson to a JCB factory visit, instead of a Russian-made alternative. India buys much of its defence equipment from Russia.

One of the few solid announcements from the visit was that the UK will liberalise exports of defence equipment to India, issuing an across-the-board licence so that individual contracts will be subject to less scrutiny.

That was intended as a signal of defence cooperation as part of Johnson’s “Indo-Pacific tilt” towards a region he described in his closing press conference as “the geopolitical centre of the world”.

But it was thrown into question by a report from the defence thinktank Rusi on Friday warning that Russia is laundering components for weapons from western countries through India.

While Johnson’s reception in India was certainly warm, he left his lieutenants back home exposed to the full force of backbench fury over Partygate, and returns with little to show for it. And the welcome as he flies back to London is unlikely to be anything but chilly. 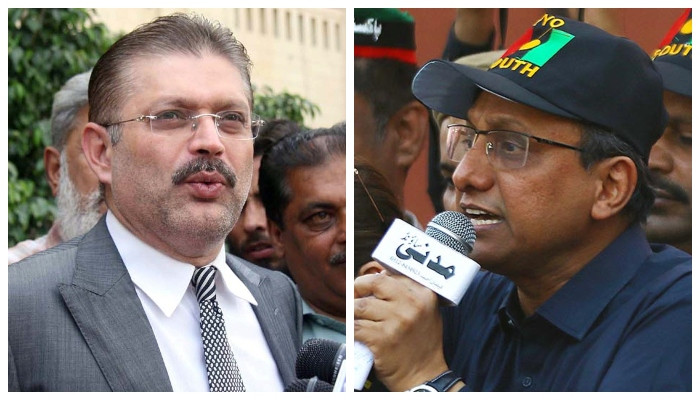 Next Article Polio case reported in Pakistan after 15 months

What happened in the Russia-Ukraine war this week? Catch up with the must-read news and analysis

Every week we wrap up the must-reads from our coverage of the Ukraine war, from news and features to analysis, visual guides and opinion. ‘There […]

NEW DELHI/KARACHI: The nuclear capabilities of India and Pakistan have maintained a “strategic and military” balance not only between the two South Asian neighbors but […]