Britain and India agreed on Friday to step up defence and business cooperation during a visit to New Delhi by Boris Johnson, who said a bilateral free-trade deal could be wrapped up by October.

On his first visit to the Indian capital as UK prime minister, Johnson discussed with his Indian counterpart Narendra Modi ways to boost security ties with India, which buys more than half of its military hardware from Russia.

Britain hopes its offer of closer security ties with the West will encourage India to cut its defence reliance on Russia following the invasion of Ukraine, which Moscow calls a “special military operation”

“We had wonderful talks that have strengthened our relationship in every way,” Johnson told a joint news briefing with Modi on the final day of his two-day trip.

“We have agreed a new and expanded defence and security partnership, a decades-long commitment that will not only forge tighter bonds between us, but support your goal of Make in India,” he said, referring to Modi’s domestic manufacturing push.

Johnson said negotiators from the two countries were expected to complete a free-trade deal by the end of this year.

“We’re telling our negotiators to get it done by Diwali in October. This could double our trade and investments by the end of the decade,” he said.

Britain’s efforts to bolster security ties follow an attempt last month by the United States to move India away from Russia, with its own offer of more defence and energy sales, after President Joe Biden called India “somewhat shaky” in acting against Russia. read more

India abstained from a United Nations vote condemning the invasion and has not imposed sanctions on Moscow, taking a stance that sparked off a recent flurry of diplomatic activity, such as visits by the foreign ministers of Russia and China.

Johnson said Britain would also support India’s goal of building its own fighter jets, to reduce expensive imports of military equipment. India now has a mix of Russian, British and French fighter jets.

Johnson said Britain was also creating an India-specific open general export license to slash delivery times for defence items. Only the European Union and the United States currently have such licences.

While Britain’s offer of greater security cooperation was welcome, India would remain reliant on Russian military equipment, partly because it is cheaper, said Mohan Guruswamy, a director of the Centre for Policy Alternatives in New Delhi.

“Russia’s offer to India is always that ‘Our cupboard is open’, (but) Britain doesn’t offer India everything it wants and what it does make available is usually more expensive,” he said.

But with the world’s second biggest population of nearly 1.4 billion, India offers a vast pool of possible customers.

Any trade deal is likely to depend on relaxing rules and cutting fees for Indian students and professionals going to Britain.

Johnson has signalled he was ready to be more accommodating on the issue, adding that Britain faced a shortage of hundreds of thousands of workers, particularly in sectors such as information technology.

Johnson said that during his trip to India he had felt like Indian cricket star Sachin Tendulkar, as hundreds of people lined the streets and dozens of billboards depicted his image.

“I had an amazing reception,” he said. “My face was everywhere to be seen.”

The welcome contrasts with Johnson’s troubles back home where he is under political pressure for breaking his own lockdown rules during the pandemic. 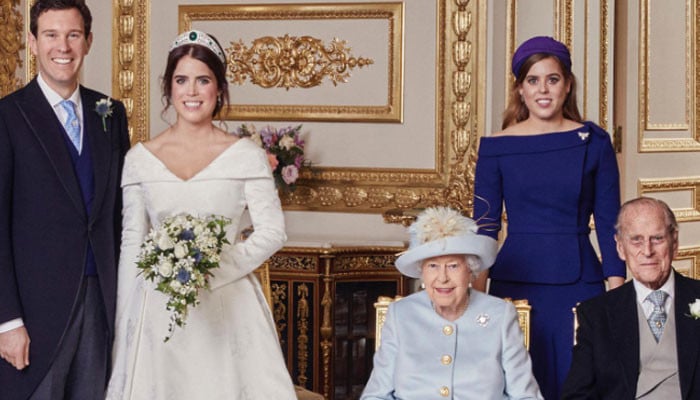 Next Article Princess Eugenie thanks Queen Elizabeth for her love, support

The queen’s queue: people line up for 16 hours to see coffin | The Express Tribune

LONDON: People flocked to central London to join a queue to file past the coffin of Queen Elizabeth on Saturday, undeterred by a government warning […]

MOSCOW: The speaker of Russia’s lower house of parliament demanded Monday that “traitors” opposed to Moscow’s Ukraine offensive lose their citizenship, giving the example of […]

One killed in road accident in Lahore

A 40-year-old unidentified man was killed when a vehicle hit him in Kahna area of Lahore on late Tuesday night. According to details, the […]