On 6 January 2021, Jerry Braun hailed an Uber in Washington DC and got in the car, nursing a bleeding eye wound. The Uber driver noticed and asked, “So, has it been violent all day?”

“Well it started around, right when I got there. I tore down the barricades,” Braun bragged.

The conversation, captured on video by the driver’s recording device installed on the dashboard, triggered a 15-month long investigation by the FBI. Earlier this month, on 12 April, Braun was finally arrested by federal authorities and charged with violent entry or disorderly conduct, obstruction during civil disorder, and entering and remaining on restricted grounds, according to an affidavit by Lucas Bauers, FBI special agent.

Braun boasted openly to the Uber driver about his involvement in the deadly riots, which resulted in the deaths of five people. When he explained he’d torn down the barricades, the driver asked, “You did? Why?”

“Well, because, so we could get to the Capitol,” Braun replied.

The driver asked, “Well, how’d that work out for ya?”

“Well, it looks like, uh, Biden’s gonna be our president,” said Braun.

The Uber driver’s tip to the authorities identified Braun as “Jerry Last Name Unknown”, according to court documents. The car dropped him off at a Holiday Inn in Arlington, Virginia; authorities searched the booking records to discover that Braun had checked in as “JD Braun” on 5 January and checked out two days later. He had listed his phone number and an address in South El Monte, California.

Authorities then compared the Uber image of Braun with a California Department of Motor Vehicles photo of him. With a positive match, they began to pore over images and video footage taken on the day of the riot, searching for Braun.

“Agents reviewed several images on the webpage, including one of the digital images that depicts an individual with a white beard, wearing a black face mask covering his nose and chin, black sunglasses, a black beanie hat, black gloves, and a dark colored jacket with a hood,” said the affidavit.

“The individual’s white beard is coming out from underneath the black mask, and a backpack shoulder strap is seen over the individual’s left shoulder,” it added.

Authorities also noticed a pocket holding a pen and paper with graphics “near the individual’s left shoulder”. Upon enlarging the image, they found the following text: “23-359-4”, “Ask For JD”, and a website, shotgunshock.com – the website of a South El Monte-based store that sells motorcycle air-suspension systems.

Officials accessed the Google cached version of the site and found an email address, [email protected] – which turned out to be the same address associated with Braun’s Uber account – and a phone number that was registered with the AT&T Corporation under “Jerry Braun”, according to court documents.

“In one instance … Braun extends the wood plank and physically strikes an individual who is wearing a helmet with the text ‘PRESS’ displayed across the front (the photographer) and appears to be taking photographs with a camera,” it added.

On 8 November, authorities executed a search warrant in Braun’s California residence and found clothing he appeared to wear at the riot. They also seized Braun’s cellphone, which included a selfie of his eye wound as well as text message exchanges in which Braun wrote, “Occupied the capitol”, and “Hand to hand combat”, in reference to videos he took at the riot.

When authorities asked Braun if he had anything to say during the search, Braun replied, “Guilty.” Authorities then asked him what he was guilty of, to which he said, “Everything.”

More than 800 people have been charged for their involvement in the riot, of which more than 250 have so far pled guilty. 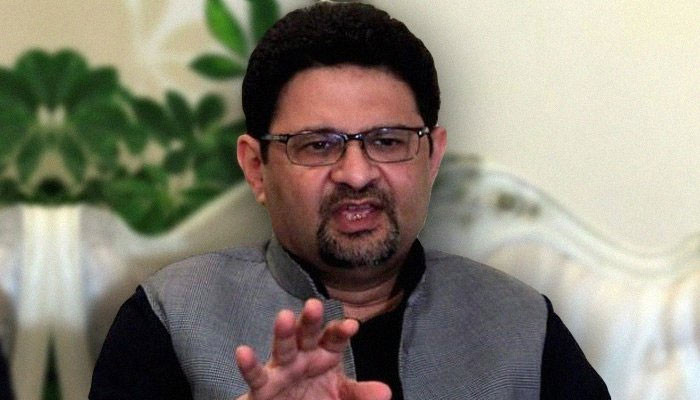 Next Article $6bn loan programme: Miftah Ismail leaves for US to hold talks with IMF

The KSE 100-index of the Pakistan Stock Exchange (PSX) witnessed bullish trend on Monday, losing 819.14 points, with a negative change of 1.88 percent, closing […]