The gang was involved in supplying the fake silicone thumb impressions for the illegal activities, the FIA said and added that further investigation from the group is underway.

Last year, on April 10, the Federal Investigation Agency (FIA) said in a statement that the cybercrime incidents have witnessed a surge during coronavirus pandemic and the criminals have found new ways to loot the masses.

In an alert issued, the agency while detailing the modus operandi of the criminals said that they approach a citizen, asking SMS code from him.

“Basically it’s a WhatsApp verification code,” it said adding that after acquiring it, the criminals approach the victim’s relatives using his ID to demand the transfer of amount through an online cash transfer service.

Around 10 per cent increase is reported in such cases during the past few days since coronavirus gripped the country, the FIA said adding that majority of members operating the gang hail from middle-class families. 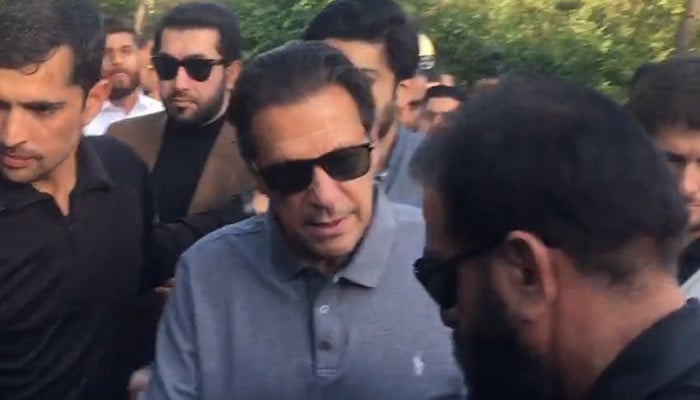 CJP against ‘any restriction, interference’ in no-confidence vote | The Express Tribune

ISLAMABAD: Chief Justice of Pakistan Umar Ata Bandial on Monday observed that there should not be any interference to halt the process of Article 95 […]

KARACHI: Over 10 grenades and detonators have been recovered from the upper portion of a shop in Karachi’s Liaquat Market in Malir Town, ARY News […]

Attock jalsa: Imran Khan says ‘will not accept US slavery at any cost’

ATTOCK: Pakistan Tehreek-e-Insaf (PTI) Chairman Imran Khan has said that the time has arrived to fight for real independence. Addressing the Attock public gathering, he […]

Punjab Assembly session yet to begin as lawmakers unable to enter, claims Tarar