Gap falls through the inflation gap


Gap has highlighted the uncertainty facing clothing retailers. Shares in the San Francisco-based purveyor of jeans and casual sweatshirts fell over 19% in Friday morning trading, the day after it announced that Old Navy boss Nancy Green was leaving the division.

The $4 billion company also warned sales in the three months to the end of April would be down by more than 10%, worse than previously expected.

Though Gap talked of the macroeconomic dynamics it is facing, it’s warning of “execution challenges” at Old Navy is more ominous.

Chief Executive Sonia Syngal said in March that lower-priced brands like Old Navy could benefit in times of inflation as consumers trade down.

But now the company plans to start discounting Old Navy merchandise, hitting margins in a business that accounted for more than 50% of Gap’s top line in the 52 weeks ended January 29. Gap shares, which are down over 30% year-to-date compared to just 5% at rival Macy’s (M.N), also suggest the company’s woes go deeper than rapidly rising prices. (By Sharon Lam) 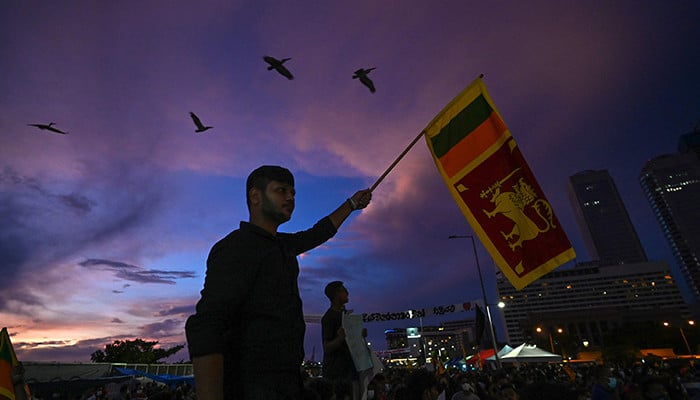 Dave was crowned as the ‘Songwriter of the Year’ at the Ivor Novello Awards, while, the Latin music star Shakira was honored with a special […]

Canada announced Monday that it will send anti-tank weapons, ammunition and money to Ukraine as it continued to condemn Russian aggression against the beleaguered country. […]

No, Michele Morrone and Khloe Kardashian are not dating | The Express Tribune

No, Michele Morrone and Koko are not dating, the prior’s representative confirmed to Page Six after rumours about “romance” brewing between the 365 Days star […]