The directives were given by LHC Chief Justice Muhammad Ameer Bhatti on a plea filed by chief minister-elect Hamza Shahbaz against the Punjab governor for not fulfilling his constitutional duty.

Before issuing the directives to the president, LHC had asked the governor to present the reasons for not giving the oath in writing by 2pm.

When the hearing resumed, LHC CJ Bhatti shared that the governor had excused himself from administering oath to the CM-elect.

At this, he said that this leads to the question of what the court will have to decide in this regard.

On the other hand, PML-N’s counsel Ashtar Ausaf Ali told the judge that the governor was not saying that he is not available but was refusing to administer the oath.

At this, the advocate general Punjab said that under Article 104 the governor had “complete rights” to refuse the oath.

However, the LHC CJ remarked that the governor cannot deny performing his duties and issued the short order.

“Governor cannot refuse to administer oath. President of Pakistan should appoint another representative for the oath taking,” ruled LHC CJ in the short order.

The court also directed it’s office to dispatch the order with the President Arif Alvi.

In a hearing held earlier in the day. Advocate General Punjab Ahmed Owais in his arguments said: “The speaker can administer the oath if the governor refuses but the PA speaker has not been made a party in the petition.”

The provincial law officer argued before LHC CJ Bhatti that the governor is of the view that the election of the chief minister was not held under the Constitution. At this, the CJ asked the AG to tell where it is written that the governor himself would witness the proceedings.

In response, the advocate general said that the governor is not a rubber stamp authority, and an extraordinary situation took place on April 16 which had never happened before, a female member was injured and she is now fighting for her life.

The CJ remarked: “Whether this incident will nullify the proceedings of the House, today is the 21st day that there is no government in the province while this election was also held on the orders of the court, this court knows how the election took place. The governor should tell if he is absent or he cannot administer the oath.”

The court said that it would issue an order if the governor does not make a decision.

“Today, 21 days have passed and there is no government in the province. The governor of Punjab is not fulfilling his constitutional obligations. If the governor does not write a letter of refusal, the court will issue an order at 2pm,” the judge had said in the morning. 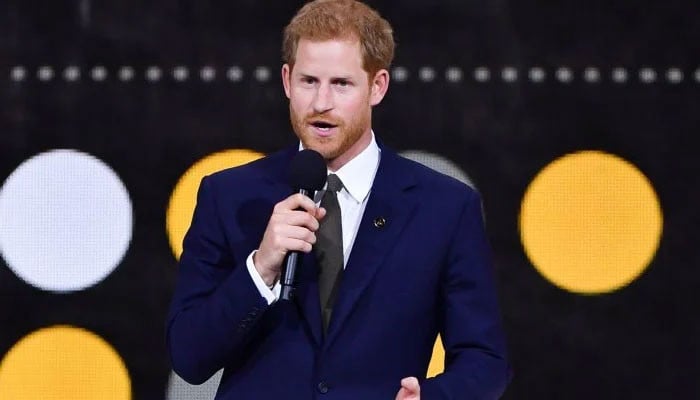 Previous Article Prince Harry reacts to ‘how’ will he ‘protect’ the Queen: Read

No choice other than IMF-dictated budget, NA told

LAHORE: Police on Monday used baton-charge and tear gas on dozens of the protesting employees of the Punjab University, leaving several of them injured, ARY […]