Bollywood diva Malaika Arora – who met with a horrific car accident earlier this month – opened up on dealing with the mental trauma along with physical injuries after the collision.

Malaika Arora was on her way back to Indian Metropolis from Pune on April 2 when her Range Rover got into a three-vehicle pile-up at the Mumbai-Pune expressway, sustaining minor injuries to the celeb.

Arora was rushed to a nearby hospital for immediate treatment, where she got stitches on her forehead near the eye and was discharged from the hospital the following day.

Recalling the day during her recent outing, ‘Munni Badnaam’ girl – who has resumed her professional commitments earlier this week – said: “It’s not something I want to remember. Nor is it something that I can forget.”

“I was in shock. My head was hurting, and all I wanted to know was whether I was alive or not,” she elaborated. “There was too much blood, too much commotion to understand what was happening. I felt an immense jolt, and the rest was a blur till I reached the hospital.”

Furthermore, Malaika believed that there was ‘some energy’ that reasoned for the ‘narrow escape from death’. “I believe in God and angels, and there was some energy protecting all of us. Now, I am back (to work), but I was exhausted on the first day of the shoot,” she noted.

Speaking about the mental trauma after the accident, the dance show judge mentioned that she is ‘recovering physically’ but mentally it still bothers her.

“Sometimes, if I am watching a movie that depicts an accident or shows blood, I get flashes that send shivers down my spine. I have to go through the process, and will eventually be able to move past it,” Arora concluded.

On the work front, Malaika Arora has been a regular on judging panels of various dance reality shows in India. 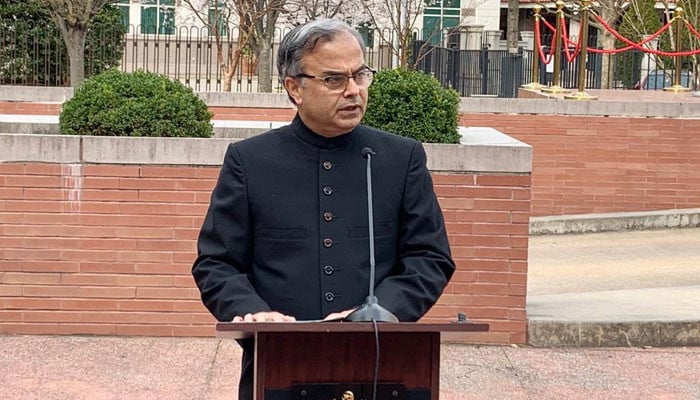 Bollywood actor Varun Dhawan revealed being called ‘chauvinist’ by ‘JugJugg Jeeyo’ co-star Kiara Advani after a huge fight. During a promotional outing with an Indian […]

While the Pakistani political scenario has been nothing short of a ruckus over the last few weeks, several celebrities have taken to social media and […]