Donald Trump’s former chief of staff Mark Meadows was warned the effort to overturn the 2020 election with fake electoral college votes was not legally sound – and yet proceeded anyway, the House select committee investigating the Capitol attack said Friday.

In a court filing, the panel also said that Meadows went ahead with plans to have Trump speak at the Ellipse rally that descended into the Capitol attack, only days after being expressly told by the US Secret Service that there was potential for violence on 6 January 2021.

The 248-page court filing could serve to increase the legal exposure for Meadows. It aims to portray Meadows as someone who was instrumental in trying to overturn the outcome of the election that Trump lost to Biden. The allegations, based on testimony from a former White House staffer, Cassidy Hutchinson, suggested that Meadows knowingly acted in an unlawful manner.

Hutchinson testified that Pat Cipollone, who was the White House counsel at the time, told Meadows and Trump’s attorney Rudy Giuliani that the scheme to have states send Trump slates of electors to Congress in states that he lost in the 2020 election was not legally sound, the panel said.

Hutchinson testified that she heard White House attorneys tell Meadows and other officials – including “certain” but unspecified congressmen – that trying to certify a Trump win in that manner “did not comply with the law” and “was not legally sound”, the filing said.

Nonetheless, it said, Meadows “participated in a widely publicized call” with the top election official in Georgia – the secretary of state, Brad Raffensperger – “and other related efforts seeking to change the election results” there.

Hutchinson, who worked in Meadows’ office, also testified in a separate deposition that Meadows knew about the potential for violence on 6 January 2021 after being briefed on intelligence reports by the Secret Service. “I know that people had brought information forward to [Meadows] that had indicated that there could be violence on the 6th,” she said.

Hutchinson said Meadows had been presented with the warnings either one or two days before the Capitol attack took place. She said former White House chief of operations Anthony Ornato delivered them to Meadows in his office.

“We had intel reports saying that there could potentially be violence on the 6th,” Hutchinson told the select committee in the first of her two depositions, one in February and another in March.

“But despite this and other warnings,” wrote Douglas Letter, the general counsel for the House of Representatives, in the court filing, “President Trump urged the attendees at the January 6th rally to march to the Capitol to ‘take back your country.’”

The select committee’s investigation into the Capitol riot and its aftermath has been investigating whether Trump and his staffers illegally conspired with the extremists who stormed the Capitol as Congress was certifying Biden’s presidential victory. It has also been examining whether Trump and members of his administration broke federal laws prohibiting obstruction of a congressional proceeding, which in this case would be the interrupted certification session.

As part of that probe, the committee subpoenaed records from Meadows’s cellphone service provider, Verizon, among others.

Though he has turned over at least some communications to the committee, Meadows sued to stop those subpoenas, portraying them as “overly broad and cumbersome”. The select committee included excerpts of Hutchinson’s testimony in an effort to persuade the district court in Washington DC to reject that lawsuit.

If granted, the select committee’s motion for summary judgement could finally cap a protracted legal battle with Trump’s final White House chief of staff. It has detailed the numerous ways Meadows was involved in Trump’s efforts to overturn his 2020 election defeat, including the scheme to put forward “alternate” slates of electors for Trump in states that he lost.

The aim of the scheme, the Guardian has previously reported, was to have then-vice president Mike Pence declare at the joint session of Congress on 6 January 2021 that he could not count states with slates for both Trump and Joe Biden, and return Trump to office.

“The select committee’s filing today urges the court to reject Mark Meadows’s baseless claims and put an end to his obstruction of our investigation,” the panel’s chair, congressman Bennie Thompson, and vice chair, congresswoman Liz Cheney, said in a statement.

Much of the panel’s new revelations late on Friday cited testimony from Hutchinson, who was present for key discussions in the White House in the weeks before the Capitol attack. Hutchinson testified after she was issued a subpoena in November.

She also recounted how the White House counsel’s office had threatened to resign if Trump went ahead with an extraordinary plan to seize voting machines and assert emergency presidential powers over false claims of election fraud.

“Once it became clear that there would be mass resignations, including lawyers in the White House counsel’s office – including some of the staff that Mr Meadows worked closely with – you know, I know that did factor into his thinking,” she said of Meadows.

The former Trump White House aide, who served as special assistant to the president for legislative affairs, testified that some members of Congress, such as Scott Perry, who is now the chair of the rightwing House Freedom Caucus, supported sending people to the Capitol on 6 January 2021.

Testimony from Hutchinson and other aides also corroborated a Senate judiciary committee report that found Trump unsuccessfully sought the imprimatur of the justice department to bolster his claims of election fraud.

Meadows initially cooperated with the inquiry before abruptly withdrawing his assistance last year. He turned over a trove of evidence that included an email in November 2020 discussing appointing alternate slates of electors, and others about overturning the 2020 election.

But he then proceeded to withhold more than 1,000 other messages on his personal phone over executive privilege claims, the filing said. He also refused to appear for a deposition, reversing a cooperation deal agreed between his lawyer and the select committee.

In response, the House referred Meadows, who was the top official in the Trump administration, for prosecution for contempt of Congress, though the justice department has yet to issue charges. 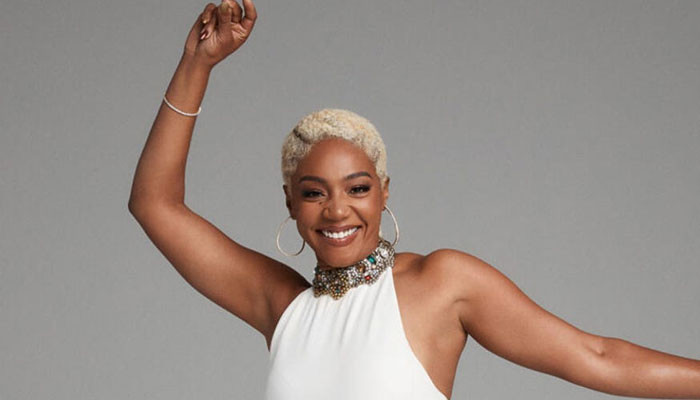 If the supreme court overturns Roe v Wade in the coming weeks, Florida could become a destination for women seeking abortions — even though a […]

WATCH: Speeding car in US crashes into school bus with 23 children aboard

SEBHA, Libya: At least six people were killed and dozens injured on Monday when a fuel truck exploded in southwestern Libya, medics said. The precise […]

In its hearings thus far, the January 6 committee has focused on the circumstances leading up to the attack in Washington, particularly Trump’s baseless claims […]