Meghan Markle was given more than one demeaning nickname by Palace staff, who called her names like ‘Me-Gain’ and ‘Duchess Difficult’, a royal author revealed.

According to The Daily Star, the shocking nicknames came about after Meghan earned a negative reputation among Palace staff owing to her behaviour within just weeks of her arrival; she has been accused of being ‘rude’ towards royal servants.

Royal biographer Tom Quinn revealed several of these monikers in his book Kensington Palace: An Intimate Memoir from Queen Mary to Meghan Markle, with sources placed directly at Kensington Palace confirming them.

One servant told Quinn that because Meghan was American, she probably wasn’t used to ‘dealing with servants.’

The source shared: “Like many people not used to dealing with servants, Meghan overdoes the imperiousness. So, on the one hand she wants to be like Diana, a people’s princess and on the other she wants people to stand to attention when she clicks her fingers.”

Quinn then wrote: “This cut no ice with the staff who, according to reliable reports, began using rather unflattering nicknames for her within weeks of her arrival: ‘Me-Gain’, the ‘Duchess of Difficult’ and even ‘Di 2’ or ‘Di Lite’.”

Di 2 and Di Lite were supposed to be spins on Princess Diana’s struggles in the royal Palaces. 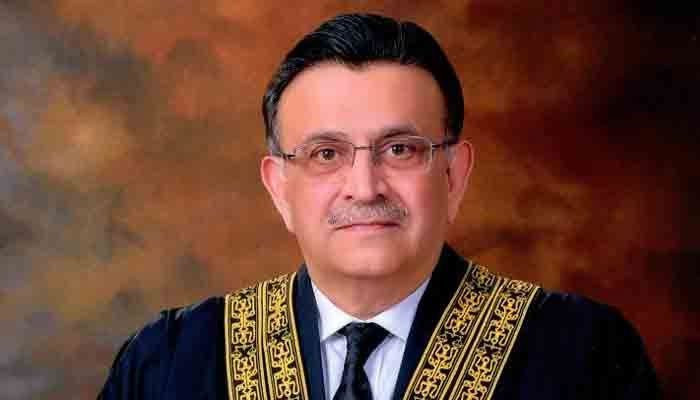 Next Article Article 63(A): We have to take country towards ‘mature democracy’, says CJP Bandial

Queen Elizabeth II is adamant on not letting her fragility get in the middle of Prince Philip memorial service. Royal expert Ingrid Seward believes that […]

Scott Disick pokes fun at self after ANOTHER girlfriend gets engaged

Scott Disick pokes fun at self after ANOTHER girlfriend gets engaged: ‘Too funny’ Scott Disick is taking credit after another one of his ex-girlfriends has […]

Hailey Bieber stole the limelight as she flashed her toned abs in a red crop top at a star-studded event in Los Angeles on Tuesday. […]