Newly-appointed Finance Minister Miftah Ismail said on Thursday that he was leaving for Washington, where he was expected to meet International Monetary Fund (IMF) officials for the revival of a loan facility that was stalled following the premature end of the Imran Khan government earlier this month.

Ismail, who has replaced Shaukat Tarin in the role of the country’s finance czar in the new coalition setup, tweeted before leaving for Washington that the purpose of the visit was to “put back on track our IMF program that PTI and IK (Imran Khan) derailed, thus endangering our economy”.

He added that he would travel to London on the way, where he would meet PML-N supremo Nawaz Sharif.

On Wednesday, Ismail told media persons during a press conference in Islamabad that his priority was to secure one tranche of $1bn from the IMF and prepare for the coming budget and not to club two quarterly reviews.

He further said he was expecting to meet the IMF managing director, chief executive officer of the World Bank, executive directors of the G-7 nations, ministers of Turkey, Saudi Arabia and China and the IMF mission chief to Pakistan.

In the same press briefing, Ismail revealed that the IMF wanted Pakistan to do away with subsidies extended by the previous government, including those on fuel prices and power tariffs — two relief measures that former prime minister Imran Khan had announced right before the filing of a no-trust motion against him. The move had invited criticism with many describing it as going against Pakistan’s commitments to the IMF for the $6 billion Extended Fund Facility.

The previous government had a commitment to have a primary balance of Rs25bn which was now in deficit at Rs1.3 trillion. “We have heard their (IMF) position but have not made any commitment yet,” Ismail said.

The PML-N led coalition government, which had severely criticised the previous Imran-led government for first failing to control fuel prices in the country and later for “derailing” the IMF programme through fuel and electricity subsidies, is yet to reverse the measure of reducing petrol prices with Prime Minister Shehbaz Sharif last week rejecting the Oil and Gas Regulatory Authority’s (Ogra) proposal in this regard.

Assuring that no burden would be passed on to the people in the process to meet the IMF’s conditions, Ismail added, “But something would have to be done because the IMF programme is inevitable.”

The government would ensure fiscal discipline and tighten its own belt to restore the IMF programme and no extra burden would be put on the people, he said.

Ismail further said the government would ensure a “gentle landing” of the unwinding of the PTI’s “unscrupulous” relief package that had put the country’s economic stability at stake.

The minister also hinted at doing away with tax amnesty for industries at the outset and added that the IMF’s greater focus was on ending fuel subsidy because it was creating a fiscal hole while power tariff could somehow be delayed because its direct bearing on the budget was not immediate.

He said about Rs100bn saving could be made by cutting the development budget to Rs600bn instead of Rs900bn, which might not be spent in any case by the ministries.

Responding to a question on the IMF’s demand for more taxes, he said he had explained nothing could be achieved in taxes in these two months. 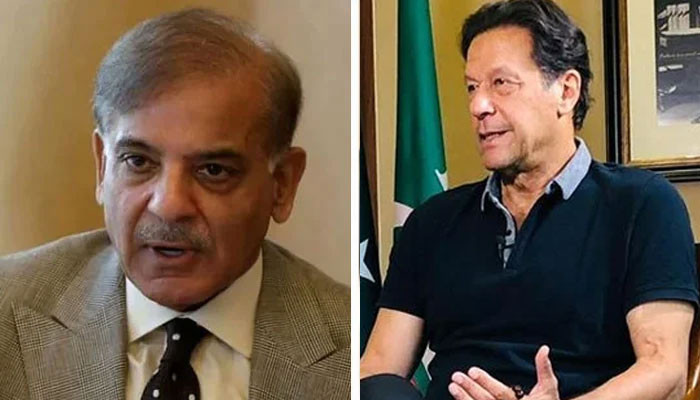 Nofe Isah, a 25-year-old based in Nigeria, has been investing in crypto since January. Last week, she lost all of her $5,000 in savings as […]

LAHORE: The lives of thousands of cancer patients are at grave risk after the Mayo Hospital management has failed to ensure medicine supply to the […]

ISLAMABAD: The ruling coalition will move the Supreme Court on Monday (today) seeking the formation of full court for the hearing of Pakistan Muslim League-Quaid […]