HYDERABAD: Muttahida Qaumi Movement-Pakistan’s (MQM-P) convener Dr Khalid Maqbool Siddiqui has said that Muttahida has not signed any agreement with Pakistan Peoples Party and rather it has established a sort of working relationship with the party.

In fact, the same demands that MQM-P had taken up with Pakistan Tehreek-i-Insaf (PTI) had been presented to PPP for which meetings were now being held between the two parties, he said.

He was speaking to journalists at an annual charity programme organsied by the party’s welfare wing, Khidmat-i-Khalq Foundation, at its office here on Thursday. Former Karachi mayor Wasim Akhtar and other party leaders also attended the programme.

Siddiqui said that substantive progress was yet to be seen on the demands, which were the same for which MQM-P had been holding protests in past. MQM-P had succeeded to convince national leadership to recognise the issues, crimes and injustices committed against urban areas of Sindh, he said.

He said that if the demands were fulfilled then MQM-P would sit together — with present coalition partners — but if the demands remained unmet then everyone was free to take a decision. MQM-P had agreed to be part of federal cabinet because some people thought that it would strengthen democracy and the situation might improve, he said.

Siddiqui said that PTI government did not fulfill its promises made with MQM-P about development works in the areas which contributed 70 to 80pc to total revenue collection of the country.

He said that had Imran Khan’s own party fellows been loyal to him, the situation would have been different. MQM-P had signed an agreement with PTI but had not made a pledge of loyalty, he said.

He said that even that pact was conditioned with PTI’s execution of works in the areas where MQM-P’s mandate had been ‘stolen’. Initially, MQM-P thought Imran Khan was inexperienced but it transpired later that he believed the party’s missing persons were terrorists and that it was better they were in jails, he said, adding that MQM-P had taken the decision as an organisation.

About the offer of governorship to Muttahida, Siddiqui said that this office had been rendered totally powerless. Governors must at least have some powers with regard to human rights and justice. If someone talked to MQM-P in this regard the party would discuss it, he said.

He said that MQM-P was least concerned about differences in other parties. There was no difference of opinion over demands presented by MQM-P as the demands had been presented in writing and if someone declined to accept them then the party would reciprocate in the same manner, he said. ‘MQM-P to benefit if polls held early’

Siddiqui said that it would benefit MQM-P if elections were held early as the party would regain its ‘snatched’ seats in Karachi. MQM-P would face ‘policy’ in next elections instead of ‘political parties’, he said.

He said that a new spirit was infused into MQM-P after its offices were snatched. Muttahida was demanding its offices back because it was its right, he said, adding that the family and feudal politics were shaking because of MQM-P’s presence in political arena.

He said that MQM-P had demanded that general election should be held on the basis of new census, fresh voter lists and delimitations. If whereabouts of missing persons could not be traced by head of the state then who was to be approached, he said.

Earlier, he said at the programme that MQM-P had a long history of serving people. KKF ranked the second in the country in terms of charity programmes, he said.

He said that Hyderabad faced atrocities in MQM-P’s early period of politics. Without MQM-P’s support no government could either be formed or unformed, he said.

Wasim Akhtar said that MQM-P was not getting a chance to perform in an ideal manner. The party was striving to deliver despite all odds, he said, adding that federal and Sindh governments should ensure devolution of power immediately. 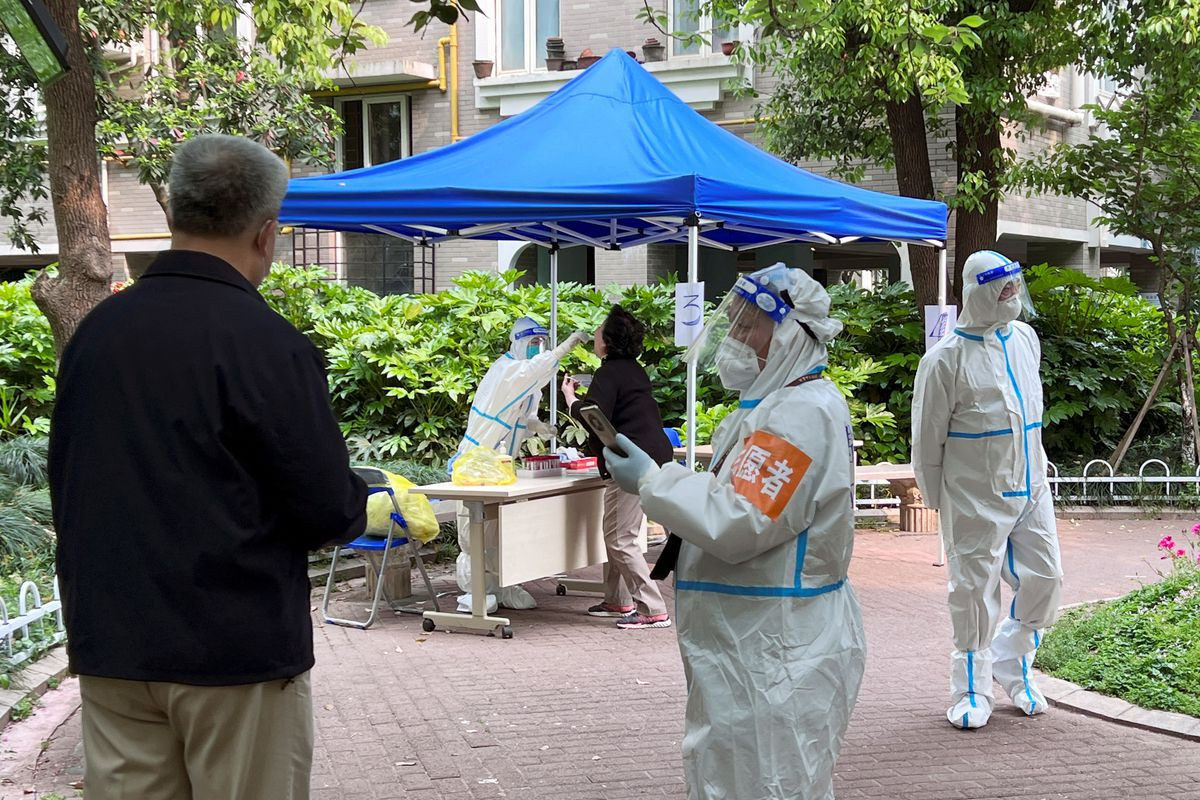 A blast in the Afghan capital ripped through a Sunni mosque and killed at least 10 people on Friday, an interior ministry official said. A […]

Fazlur Rehman to be PM if JUI-F comes into power: Ghafoor Haideri