The high-powered National Security Committee (NSC) on Friday concluded that based on the input of security agencies as well as Pakistan’s former ambassador to the US, no evidence of “foreign conspiracy” to oust former prime minister Imran Khan had been found.

The meeting, however, reaffirmed the decisions of the last NSC meeting which was chaired by ousted PM Imran.

The last meeting decided to record formal protest with the US while terming the language used by an American official undiplomatic that tantamount to “blatant interference” in the internal matters of Pakistan.

But Friday’s meeting which was chaired by Prime Minister Shehbaz Sharif concluded that no evidence had been found to back Imran Khan’s claim of a foreign conspiracy.

A statement issued by the PM office said the NSC discussed the telegram received from the Pakistan embassy in Washington.

The former Pakistan’s ambassador to the US briefed the Committee on the context and content of his telegram. The NSC after examining the contents of the communication, reaffirmed the decisions of the last NSC meeting.

The NSC was again informed by the premier security agencies that they have found no evidence of any conspiracy.

“Therefore, the NSC after reviewing the contents of the communication, the assessments received, and the conclusions presented by the security agencies, concludes that there has been no foreign conspiracy.”

This will be updated… 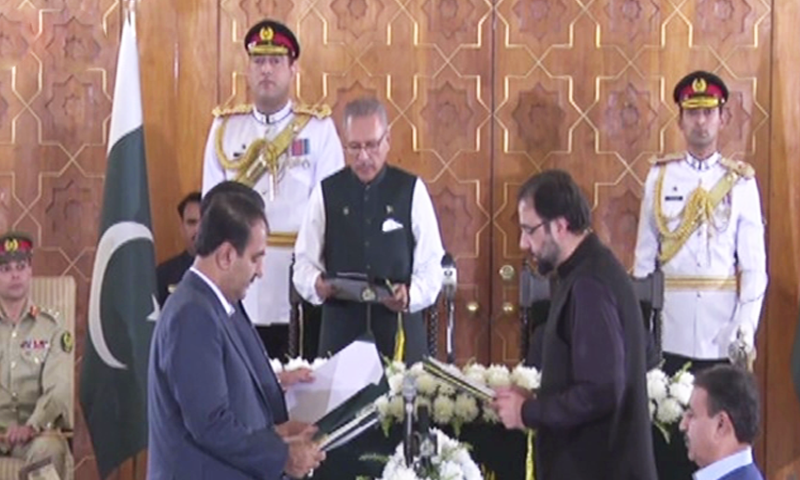 Prime Minister Shahbaz Sharif. — AFP/File PM Shehbaz left for London accompanied with the delegation and other party members. Decision regarding next general elections will […]

ISLAMABAD: Women are more vulnerable to the effects of climate change than men and they suffer more from the impacts of climate stress as compared […]

SARGODHA: A group of citizens chanted slogans at Minister for Planning and Development Ahsan Iqbal at a renowned food outlet in Behra tehsil of Punjab’s […]