NSC meeting confirmed there was no conspiracy, Marriyum Aurangzeb says in response to Imran Khan

The information minister was speaking to journalists as she responded to the ousted prime minister’s conference, wherein he said that the NSC had endorsed his claim of a foreign conspiracy to remove him from office.

“Imran Khan is peddling fake propaganda of conspiracy,” the information minister told journalists, as she asked: “Why did Imran Khan hide the letter till March 27 when he receive it on March 8?”

The PML-N leader criticised the Imran Khan-led government, saying that their leader looted the country for four years and ruined the economy. “They committed economic terrorism in Pakistan,” she added.

Talking about the foreign funding case, Aurangzeb said that Khan took money from abroad and failed to declare his accounts to the Election Commission of Pakistan (ECP).

“Imran Khan hid his accounts and spent the funds for Shaukat Khanum Hospital on his party,” she said, adding that the ECP will announce the foreign funding case that was started eight years ago.

She further said that the foreign prime minister should answer the millions of rupees he “embezzled”.

Berating Khan, Aurangzeb said the PTI chairman had claimed that the Kashmir issue will be resolved once Indian Prime Minister Narendra Modi comes to power, however, he remained quiet when Modi revoked the occupied region’s special status.

The information minister said that staging sit-ins were Khan’s fate. However, she said that the government would provide security wherever they arrange rallies and public gatherings.

What did Khan say earlier?

Earlier in the day, the PTI chairman had claimed he was right all along and the NSC’s latest statement proves that there was a US conspiracy to remove him from office.

Khan, addressing his first press conference after his removal from office via a no-confidence motion, said the NSC meeting — with Prime Minister Shehbaz Sharif in the chair — endorsed that the cable was genuine and that Pakistan’s ex-ambassador to the US held a meeting with American official Donald Lu, where the latter used undiplomatic language.

“I will go a step forward and say that he (Donald Lu) was arrogant […] the Joe Biden administration official told our ambassador that Imran Khan will have to be removed through a no-confidence motion,” the PTI chairman said, adding that the meeting took place before the no-trust motion was filed.

But reiterating his claim, Khan said the US official told Pakistan’s ambassador that everything would be forgiven for Islamabad if he was removed from office.

However, contrary to Khan’s claim, the NSC had ruled out a foreign conspiracy behind the ouster of the PTI-led government.

PM Shehbaz Sharif chaired the NSC meeting, and according to a statement from the PM Office, the telegram received from the Pakistan Embassy in Washington was discussed in detail.

Former Pakistani ambassador to Washington Dr Asad Majeed Khan briefed the meeting about the context of his diplomatic cable — that carried the alleged threat sent to the PTI government last month by US officials.

Read more: Gear up and wait for my call to Islamabad, Imran Khan says at Lahore jalsa

“The NSC, after examining the contents of the communication, reaffirmed the decision of the last NSC meeting. The NSC was again informed by the premier security agencies that they have found no evidence of any conspiracy.”

“Therefore, the NSC, after reviewing the contents of the communication, the assessment received, and the conclusions presented by the security agencies, concludes that there has been no foreign conspiracy.” 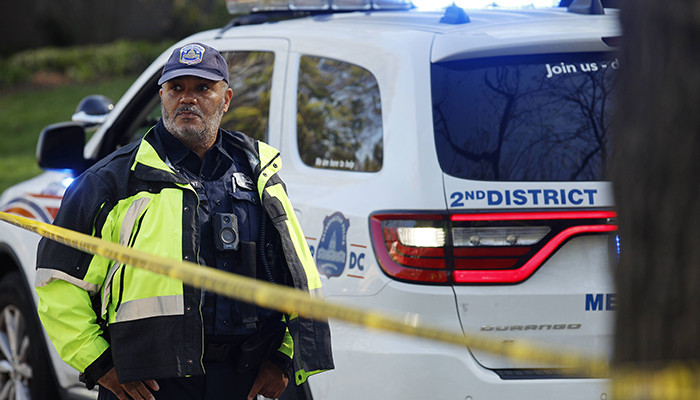 ISLAMABAD: Federal Minister for Planning and Development Asad Umar has said that even Pakistan People’s Party (PPP) Chairman Bilawal Bhutto Zardari was doubtful of the […]

Despite issuance of schedule, local govt elections in Islamabad may see delay

ISLAMABAD: Local government elections, which are slated to be held in Islamabad on July 31, could face a delay as the ruling PML-N and PPP […]