KARACHI-Now that the first game is out of the way, England will feel a whole lot better about themselves. Not simply because they put in a clinical performance to go up 1-0, but also because the reputational damage of last year’s pullout has begun to be undone.

What a difference 12 months can make. Exactly a year to the day England scrapped their visit to Pakistan, Moeen Ali’s side was greeted by a packed National Stadium in Karachi with overwhelming gratitude. There were signs scattered all around the stands thanking England for a visit to the country. But if the visitors were humbled by the welcome they had received, it certainly didn’t translate into a drop in intensity on the field.

England demonstrated the same ruthlessness they have been known for in white-ball cricket in recent times. They might be coming in with plenty of big names missing, but that wouldn’t stand in their way as they brushed aside the hosts by six wickets.

A year might be time enough for England cricket to have its image redeemed, but for this Pakistan side, it’s taken barely a fortnight for their fortunes to swing the other way. Just 17 days ago, Pakistan exulted in a thrilling final-over defeat of India in the Asia Cup, repeating the feat three days later even more dramatically against Afghanistan.

But back-to-back defeats against Sri Lanka, following this first-game pasting at England’s hands, have sharpened critics’ knives and tongues anew. That’s been particularly true of the top-order batters, who have hit back at suggestions that they are too conservative up top.

But if there’s ever a good time to have an off day, it’s probably the first game of a seven-match series. There’s time enough for Pakistan to find a route back in, as well as fine-tune their game ahead of next month’s T20 World Cup.

And so, having broken the ice on Tuesday, Pakistan and England go again once more on Thursday, where the cricket rather than the occasion is expected to take centrestage. Karachi might have played nice on the opening day, but England might find it turns more tribal as Pakistan look to hit back.

Usman Qadir is one of those cricketers who make you wonder why they don’t dominate their profession one delivery before answering that question the next ball.

The legspinner encapsulated that phenomenon in the first two deliveries of his spell in Karachi. He started off with a full-toss that was dispatched over the fence, before bowling one that dipped and turned, coaxing Dawid Malan’s leading edge back to the bowler.

There are just enough shocking balls to ensure he will likely be expensive, but also enough worldies to keep him among the wickets. The first game offered no indication if that was due to change, but with Shadab Khan potentially unavailable through injury, Qadir will be in the mix. And if he’s in the mix, he’s certainly worth watching.

Moeen Ali is a popular man around the world, but even more so in Pakistan for obvious reasons. Leading England out in the land of his parents’ birth was “awesome”, according to the man himself. He could scarcely be happier with his side’s performance on the day, but Moeen might feel he was personally a shade off-colour.  He conceded 23 in the two overs he bowled and struggled with his timing while batting. Having seen him work his all-round magic in the PSL, Pakistan’s crowds are well-acquainted with Moeen at his best. If he does find that level on Thursday, the hosts might well have one more headache. 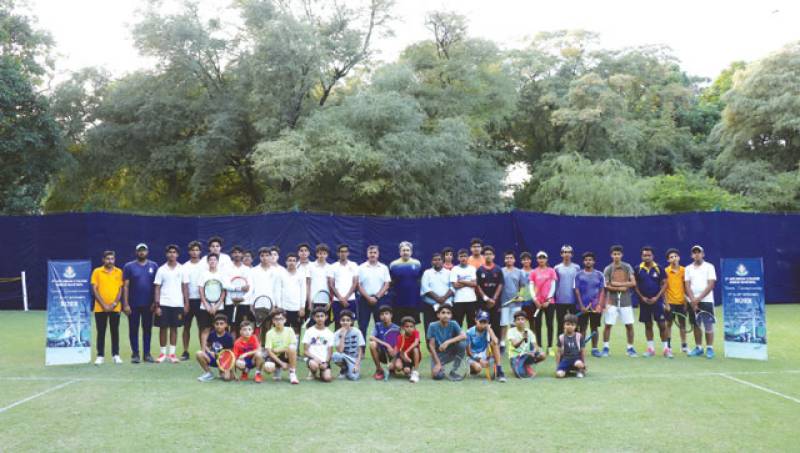 DOHA: Former winners Germany and Spain will clash early in the World Cup finals in Qatar after being placed in the same group while the […]

BIRMINGHAM: Pakistan women’s team captain Bismah Maroof revealed her desire to win a gold medal for the country at the Commonwealth Games on the eve […]