The MPA is accused of murdering PTI leader Tahir Iqbal.

A member of Kyber Pakhtunkhwa (KP) Assembly Faisal Zaman has fled the MPA hostel Peshawar, where he was detained. The Peshawar MPA hostel was declared as a sub-jail for Faisal at Speaker KP assembly’s request.

Faisal Zaman was elected a member of the KP assembly independently and joined PTI afterwards. Faisal had been accused in the murder case of another Pakistan Tehreek-e-Insaf leader Tahir Iqbal.

Faisal was arrested after the anti-terrorism court cancelled his bail in the murder case of Pakistan Tehreek-e-Insaf (PTI) activist Malik Tahir Iqbal who was killed in Haripur district a few months back.

Tahir Iqbal and his driver Sardar Gul Nawaz were shot dead by unidentified gunmen on September 14, 2020, in Kotera village of Ghazi tehsil in Haripur. 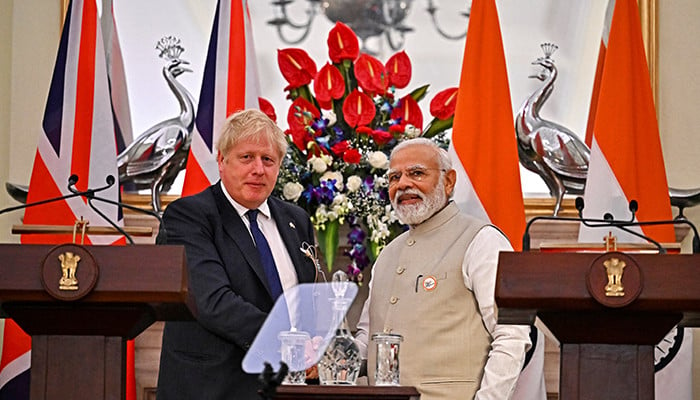 Cheers, jeers as Harry and Meghan return for Queen’s jubilee

LONDON: Cheers greeted Prince Harry and his wife Meghan outside St Paul’s Cathedral on Friday as they made their first public appearance in Britain for […]

ISLAMABAD: The Supreme Court will hear a contempt petition, filed by the federal government, against former prime minister Imran Khan following his party’s violation of apex […]

The rupee gained Rs1.6 against the dollar during interbank trade on Thursday morning, with analysts largely attributing the recovery to Pakistan reaching a staff-level agreement […]