QUETTA – Prime Minister Shehbaz Sharif Saturday said the sense of deprivation of people of Balochistan will be obliterated and no stone will be left unturned to serve people of the province.

Talking to reporters after laying the foundation stone of section one of Khuzdar-Kuchlak National Highway, he said efforts would be made to resolve the issue of missing persons according to justice and law.

“Today, I’m making a promise. I will speak for missing persons along with you,” PM Shehbaz vowed. “We will raise the issue with powerful quarters. And we will talk to them on the basis of law, justice and merit.”

The new highway would be completed at a cost of Rs 200 billion, he added. He asked National High Authority to complete the process of pre-qualification of contractors so that the contract could be awarded transparently and reputable companies could work on the project.

The Prime Minister said time has come to remove grievances of Balochistan and bring good tidings to the people. He said his government would work hard and compete with the previous government on the basis of performance. Prime Minister Shehbaz Sharif also said he listened to diverse opinions and views of all stakeholders during his visit to Quetta on Saturday. In a tweet on Saturday night, he said the path to development passes through hearts and minds of people. The Prime Minister said that mere development is meaningless, if people’s genuine grievances are not addressed.

Earlier, Prime Minister Muhammad Shehbaz Sharif said that lack of facilities, neglect and sense of deprivation led to the backwardness of Balochistan province which could be alleviated through collective efforts and diversion of energies and resources.

Addressing a ceremony after performing groundbreaking of the dualization of 102-kms Khuzdar-Kuchlak I and II sections of N-25 Chaman-Karachi national highway, he regretted that despite gifted with huge natural resources and geographical

He said rich with Sui natural gas reserves, the people of the province had not been given its due benefits, adding the true potential of Sandak, coal mines, Reko Diq reserves of gold and copper could be the harbinger of the development and prosperity. He said Reko Diq mines exploration had remained an issue of litigation in the past frittering away precious time and national wealth.

The prime minister regretted that they could not settle the issue and as a whole and individually, they had failed to meet the expectation of the people of the province.

The prime minister said that they should not live in the past and keep on repenting rather they should move ahead with unity by learning from the past experiences. He said in the past, during 2000 to 2014, terrorism had wreaked havoc and the Baloch and Pashtuns living in the province bore the brunt like the people in Khyber Pakhtunkhwa province.

Both provinces had been given unmatched sacrifices against the scourge of terrorism, he said, and lauded the sacrifices of the armed forces and the law enforcement agencies that had helped defeated the specter of terrorism.

The prime minister referring to recent incidents of terrorism said that they knew the factors but with unity and solidarity, the nation would defeat it. He stressed upon a collective decision-making power which could remove all the hurdles and enable them to confront the emerging challenges.

The prime minister further stressed that the narrative about South and North Balochistan, should be shunned, rather it should be their priority to address core issues like lack of basic facilities.

He opined that after tribal areas, this province had been the poorest one, despite having huge natural reserves, which were not tapped properly. The prime minister said Reko Diq was a saga of great pain and discomfort as country’s billions of rupees had been wasted on litigation. The other nations had excelled while Pakistan lagged behind.

The prime minister said to live like an honourable nation they had to stand on their feet through achieving an economic prosperity. He said the coalition government was faced with huge challenges but expressed the confidence that they would rewrite a history of progress and development.

The prime minister urged the political leadership to think of the country and its people irrespective of the political divide. He also announced to provide financial support to about 50,000 families of the province living below the poverty line.

However, he made it mandatory for the recipients to send their children to schools as they would not like to create an army of baggers rather to create a lot that should stand on their feet and turn themselves into nation builders. The prime minister also asked the relevant authorities to prepare a feasibility report over Quetta metro bus, besides establishment of a technical university. He said to encourage the prolific students, they would launch laptop programme throughout the province.

The prime minister also assured to resolve the issue of missing persons in accordance with law.

About the road project, he said that this section of N-25 Khuzdar-Kuchlak road was called a bloody road due to rampant accidents.

He directed the authorities to immediately initiate the whole project instead of working out a phase wise construction. The prime minister expressed the confidence that dualization of Rs200 billion worth road project would bring economic prosperity and directed for its completion within one and half year.

The reconstruction and dualization of this section of Karachi-Quetta-Chaman highway would enhance transportation among the important cities of the province, he added.

Balochistan Chief Minister Abdul Qaddus Bizenjo expressed the confidence that under the dynamic leadership of the prime minister, the province would witness unprecedented development. Chairman National Highway Authority Capt. (retired) Muhammad Khurram Agha apprised that worth Rs81 billion section was being inaugurated today. The total length of the road was 790 kms which after completion would benefit the entire population of the province and contribute in economic uplift of the province.

They congratulated the prime minister on assuming his office and lauded his efforts to include development of the province among the top priorities of his government, a press release said.

The prime minister directed them to organize and strengthen the party at grass roots level.

Addressing the members, the prime minister said that Balochistan was gifted with huge natural resources.

He said that they should learn from the past, adding the people of the province had the rights over the natural resources. Federal Minister for Planning and Development Ahsan Iqbal, Minister for Communication Maulana Asad Mehmood and Minister for Housing and Works Maulana Abdul Wasey, Nawabzada Shahzain Bugti, Israr Tareen, Acting Governor Jan Muhammad Jamali, Chief Minister Abdul Quddus Bizenjo, provincial ministers and members of parliament attended the meeting, a press release said.

The prime minister said during their previous tenure, they had allocated Rs11 billion for the province under NFC award. He opined that there should be uniform development of all the provinces as the country was likened to a family.

The prime minister also assured to resolve the water issues of the province on priority basis.

Lauding role of the people of Balochistan in the history of the country, he said that natives of this province had rendered huge sacrifices.

He also expressed his resolve to ensure development of Balochistan and sought support of the elected members in this regard.

‘Full support for peace in Balochistan’

Chairing a law and order meeting held at CM Secretariat Balochistan, the prime minister expressed  satisfaction over law and order situation in the province .

“Federal government will provide its all-out support to Balochistan for durable peace and stability,” he said.

Earlier, the prime minister was briefed about the law and order situation of the province and steps taken by the provincial government in that regard.

Prime Minister Muhammad Shehbaz Sharif also said that the development of Balochistan province was among the top priorities of the government. He said that the talented manpower of the province had been a precious asset for the country and directed to ensure monitoring of the ongoing uplift projects in the province. The prime minister chaired a meeting to review the administrative situation of the province.

The chief secretary gave a detailed briefing to the prime minister over the ongoing development projects and law and order situation, PM Office Media Wing said in a press release.

The prime minister was apprised that a huge chunk of the population in the province was living below the poverty line due to lack of employment opportunities.

The government was undertaking different development projects and giving priority to the locals in job opportunities.

The participants of the meeting presented various proposals and suggested for making of an announcement over a comprehensive package for the province.

They also welcomed the prime minister on his first visit to the province and lauded him for including the development of the province among the government’s top priorities.

The prime minister said the people of Balochistan had rights over the natural resources, adding that he would also relaunch the stipend programme for the students of the province. He said that they would have to work for the collective uplift of the whole province, especially its backward areas. 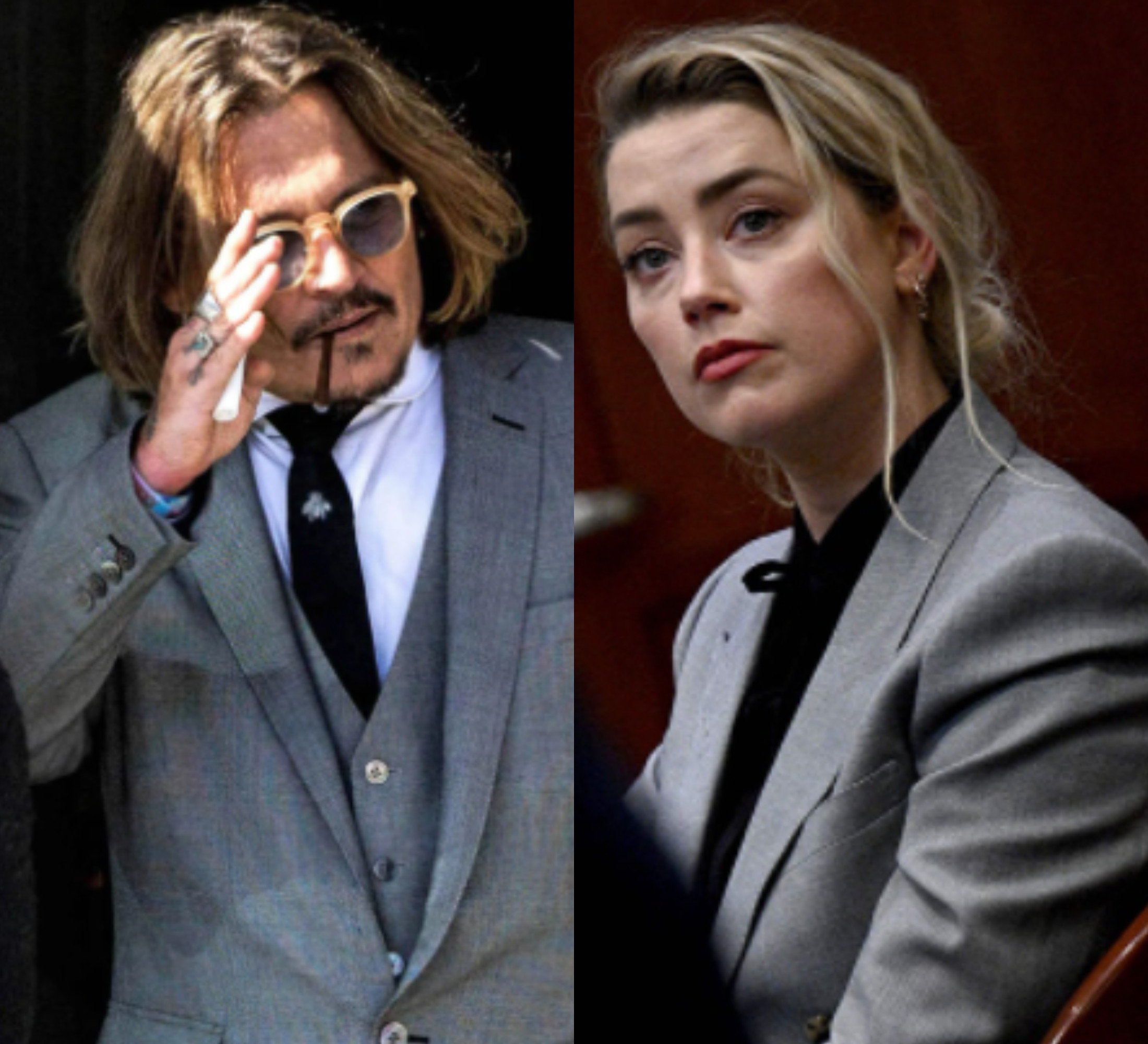