NORTH WAZIRISTAN: Terming restoration of lasting peace in North Waziristan tribal district the top most priority of his government, Prime Minister Shehbaz Sharif said on Thursday he would soon convene a grand jirga of elders of the area in Islamabad in this regard to find a way out of the prevailing situation.

Prime Minister Shehbaz Sharif arrived in Miramshah, the headquarters of North Waziristan, on a day-long visit and addressed the elders of Uthmanzai tribe. Senior civil and military officials and elders of the area received the prime minister.

According to officials, Peshawar Corps Commander Lt Gen Faiz Hameed briefed the prime minister on the prevailing law and order situation in the area.

Addressing the jirga, PM Sharif said the people of North Waziristan had suffered miseries and rendered matchless sacrifices for the motherland, adding that the government would not ignore their sacrifices.

On the demand of Mohsin Dawar, the prime minister announced the establishment of a university, a medical college, a mobile hospital and Danish school in North Waziristan. The prime minister said he would soon announce more development schemes for the district.

He thanked the tribal elders for their support in the war against terrorism for a peaceful and prosperous Pakistan and assured them that the government would do all to bring comfort in local populace and ensure socio-economic development as dividends of the fight against terrorism.

Speaking on the occasion, chief of Waziristan Malik Nasrullah Khan Wazir drew the prime minister’s attention to the recent bombing of displaced people of Waziristan in Afghanistan and urged him to conduct an impartial investigation into the incident.

On arrival in Miramshah, PM Sharif was received by Chief of the Army Staff General Qamar Javed Bajwa. The prime minister laid floral wreath at the Shuhada monument and offered fateha for valiant sons of the soil who rendered supreme sacrifices while defending the territorial integrity and sovereignty of Pakistan.

Later, the prime minister was given a detailed briefing on the security situation with special focus on terrorist activities from across the border. He was also briefed on the western border management system, including the status of border fencing.

Mr Sharif paid rich tribute to the officers and men of Pakistan Army for their success in breaking the back of terrorism. He said it was not too long ago that terrorists had been indiscriminately targeting innocent men, women and children, educational institutions and state infrastructure across the country.

“Thanks to the valiant efforts of our armed forces, fully supported by the nation, we have been successful in defeating and degrading all types of terrorist organisations and dismantling their infrastructure. The nation stands united in this endeavour, and we shall together succeed Insha’Allah,” PM Sharif concluded. 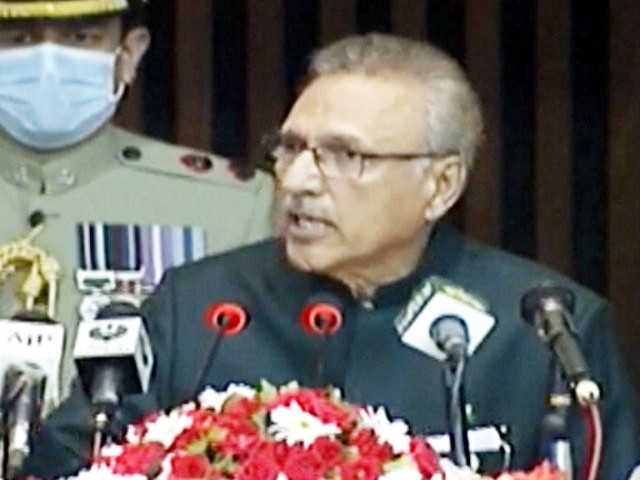 • Both groups can attempt to strike in region’s non-conflict areas• Al-Qaeda chief Zawahiri living, communicating freely in Afghanistan• With around 4,000 foreign fighters, TTP […]

Representational image of Imran Khan addressing a rally. — Instagram/File The Islamabad High Court (IHC) on Monday ordered the authorities to remove sections of the […]