ISLAMABAD – Former prime minister and Pakistan Tehreek-e-Insaf (PTI) chairman Imran Khan on Saturday has directed his party workers and supporters to begin preparations for holding a protest march towards Islamabad.

Addressing a maiden press conference after being ousted as prime minister, Khan said that he would announce the date of protest march later on,  but directed all party organisations at urban and rural  levels to prepare for the protest to achieve, what he described as ‘true freedom’ of Islamabad. Former prime minister Khan is forcing Pakistan Muslim

League-Nawaz (PML-N) led ruling coalition in the centre for early elections since the parliament voted him out in the second week of this month. “I will soon give a call of protest march for the true freedom of Islamabad,” he said, adding, he had conveyed about this decision to his entire party. A huge sea of people would go towards the capital, he added.

Khan also requested the Supreme Court (SC) to hold an investigation into the matter of the controversial diplomatic cable, saying this was the biggest ever attack on the country’s sovereignty and independence. “The court should hold an open hearing on it,” he said.

He added that if the apex court did not do so, then no prime minister of the country would withstand before foreign threats. “Then every future PM would surrender,” Khan said. He underlined that when SC will investigate the matter, it would become clear that which leaders of the then opposition kept visiting the foreign missions.

The PTI chairman said that the other day’s meeting of the National Security Committee (NSC) confirmed his earlier stance that the official communication sent by Pakistan’s ambassador to the US was genuine and a conspiracy was hatched against his government. He said the meeting endorsed that the alleged threatening conversation of US Assistant Secretary of State for South and Central Asia Donald Lu with the Pakistan’s Ambassador Asad Majeed Khan was real.

Khan argued that the language of the cable was not only undiplomatic, as stated, but “I will say it was arrogant.” He said that NSC has confirmed the minutes of its earlier meeting that was headed by him as prime minister.

A day earlier, the NSC that met under the chair of Prime Minister Shehbaz Sharif had reviewed the contents of the Foreign Office’s cable. In a statement, the meeting dismissed the allegation that PTI government was ousted through a foreign conspiracy. Former prime minister Khan, in his presser alleged that PML-N supremo Nawaz Sharif conspired against his government while sitting in London and Pakistan People’s Party (PPP) leader Asif Ali Zardari and PM Shehbaz were part of that conspiracy.

Khan demanded that Chief Election Commissioner (CEC) Sikandar Sultan Raja should resign. “When PTI, being one of the largest parties, says that it has no-confidence in him, the CEC should resign.” He said that CEC was biased and making all decisions against the PTI.

He said that if no action was taken against those disgruntled lawmakers of PTI who had changed their loyalties, then it would open door for any person who joins politics, to become available for sell-out. He said that the Supreme Court and the Election Commission of Pakistan (ECP) should hear the cases on day to day basis against those lawmakers who violated Article 63-A of the Constitution.

Khan said that the incumbent government had amended rules of Exit Control List (ECL) to exclude names of some cabinet members from no-fly list. They think it of utmost important to go abroad because they have properties abroad.  He said, “I should be placed on ECL, I don’t want to go abroad,” he said in a lighter mood. He also lashed out at the PML-N leadership and said that both PM Shehbaz and his son, chief minister-elect of Punjab Hamza Shehbaz were on bail in the Rs 40 billion’s mega corruption cases.

Khan claimed that the ruling coalition did not want to use electronic voting machines (EVMs) in the next general elections because they did not want free and fair elections. He said that the present government wanted to deprive overseas Pakistanis of their right to vote under a conspiracy. 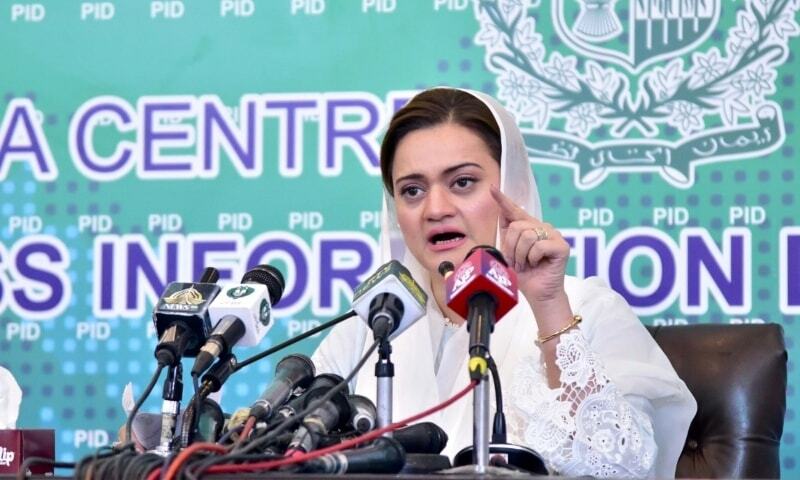 Iran on Sunday claimed an overnight attack on what it said were Israeli facilities in the region of Erbil in northern Iraq with precision-guided missiles. […]

Aryan Khan was not part of any larger drugs conspiracy or an international drugs trafficking syndicate, Narcotics Control Bureau (NCB) has found. According to a […]

Bollywood actor Taapsee Pannu thanked her Pakistani counterpart Areeba Habib for praising her work in the Netflix film Looop Lapeta. It is pertinent to mention […]