Pakistan Tehreek-i-Insaf (PTI) has filed petition against the election commission in the Islamabad High Court against alleged bias of the ECP in prohibited funding case.

The party, in its petition, sought the high court’s order to the ECP to announce its decision against the cases of 17 political parties within one month.

“The election commission demonstrating bias in its proceedings against the PTI,” the party pleaded in its petition. “The commission denying scrutiny of the accounts of 17 political parties,” the party said.

“The State Bank should conduct scrutiny of the accounts of all political parties. The election commission should made the details of accounts of these parties public after the state bank’s report,” according to the plea.

“The election commission should hear the cases of these 17 political parties on daily basis and announce its decision within one month,” the PTI pleads to the court.

The party also sought the high court’s instructions to the election commission to avoid discrimination against the PTI.

The petition has been filed by Anwar Mansoor and Shah Khawar in the IHC on behalf of PTI leader Amir Kayani.

The PTI has made 17 political parties respondents in the petition along with the election commission. 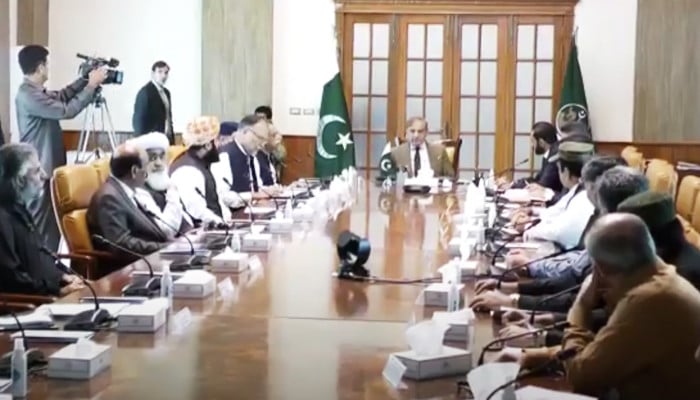 Damage at Damascus airport after Israeli airstrikes in June. — Reuters/File Syrian air defences intercept Israel attack. They manage to down most of the missiles. […]

China population to begin shrinking by 2025: officials | The Express Tribune

BEIJING: China’s population will begin to shrink by 2025, officials have said, as family sizes grow smaller and citizens age. The world’s most-populous country has […]

From stones to selfies: Australian super fan welcomed in Pakistan | The Express Tribune

KARACHI: When Australian cricket fan Luke Gillian last visited Pakistan in 1998, home supporters threw stones at him when he ventured out in public. These […]