ISLAMABAD: Struggling with current account challenges and foreign exchange reserves, the ousted PTI government borrowed about $15.4 billion in foreign loans in the first nine months (July-March) of the current fiscal year, more than 70pc higher than the foreign loans it received in the comparable period last year.

In its monthly report on Foreign Economic Assistance, the Ministry of Economic Affairs said it received about $12.77bn foreign assistance in the first nine months (July-March) of the current fiscal year, almost 72pc higher than foreign loans it secured in the comparable period last year.

The monthly report of the Ministry of Economic Affairs (MEA) on foreign inflows showed that the government crossed almost 89pc of the target for foreign assistance set for the whole fiscal year.

With this, the total foreign debt from external sources (other than Pakistanis) reached $49.295bn in about 45 months of the PTI government. The total foreign loans jump to $54.767bn when slightly over $3bn IMF funds on top of $1.4bn emergency loans are also taken into account in 45 months.

There were four major sources of foreign inflows including $3.95bn of multilateral lenders followed by $3bn of time deposits from Saudi Arabia, about $2.623bn of commercial loans from private banks and $2.041bn worth of international bonds.

The report said the government received $8.88bn worth of inflows for budgetary support which also included $1.2bn of short-term credit. This put the total non-productive (non-project) assistance at $10.114bn in nine months against the full-year target of $12.16bn, which meant that more than 80pc of the total loans were acquired for oil imports, budget financing and foreign exchange reserve build-up.

About $1.82bn were secured against various foreign-funded projects and about $832million for publicly guaranteed loans.

The data showed the government secured $2.04bn through international bonds against a full-year budget target of $3.5bn.

On top of that, the government also obtained $2.623bn in commercial loans from international banks against a full-year budget target of $4.87bn. Of this, Dubai Bank was found to be the financier of choice which provided more than $1.14bn short-term loans out of $2.6bn. 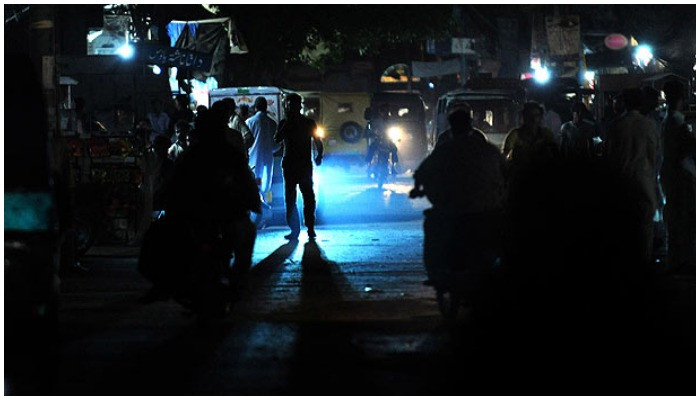 Karachi police on Monday manhandled and detained 28 protesters, including females, who were demonstrating near the main gate of the Sindh Assembly against the alleged […]

Minister for Information and Broadcasting Marriyum Aurangzeb has assured the journalist fraternity of resolution of all their issues, saying that the PML-N-led coalition government firmly […]

‘No blessing more incredible than freedom’ | The Express Tribune

RAWALPINDI: There is no more incredible blessing in the world than freedom and we are breathing in a free atmosphere today due to the sacrifices […]

Another plea filed to change IO in Dua Zehra case

KARACHI: Another plea has been filed with the session court to change an investigation officer in the Dua Zehra kidnapping case, ARY NEWS reported. The […]