LAHORE-The Lahore Chamber of Commerce & Industry Saturday demanded to the govt to revamp all the public sector enterprises (PSEs) immediately as majority of public entities have failed to deliver the desired results. The government must lay down a clear plan about restructuring of state owned enterprises (SOEs).

In a statement issued here, LCCI President Mian Nauman Kabir, Senior Vice President Mian Rehman Aziz Chan and Vice President Haris Ateeq said that the government would have to make some extraordinary plan to control heavy loss to the national exchequer as Pakistan’s state-owned enterprises (SOEs) continued to face accumulated cash bleeding. They said that the business community is the ultimate loser as the loss making public sector enterprises (PSEs) are being run through the duties and taxes imposed on the trade and industrial sectors.

“The outstanding domestic debt of the public sector enterprises stood at Rs 1,785 billion in December 2021. The losses of state owned enterprises result in misallocation of taxpayers’ money and reduce the fiscal space for social sector development”, the LCCI office-bearers said and added that various departments and ministries should have been made redundant in the federal government after the 18th Amendment. They are still operating under different names. It is again a waste of taxpayers’ money. The LCCI office-bearers said that keeping in view the massive loss being caused by the public sector enterprises (PSEs), the government should take measures on war footing to make these organizations profitable or go for the option of privatization. They said that in the advanced economies like the United States, United Kingdom and Japan etc, the role of PSEs is minimal and the private sector is the most important instrument of socio-economic prosperity, and there is continued growth of privately-run corporations. They said that the significance of PSEs cannot be ignored, in view of the fact that they remain the most employment-intensive and capital-intensive organizations.

The LCCI office-bearers suggested formation of a committee of experts from public and private sectors to revisit strategy and adopt methods which provide a new impetus to the PSEs. They said that the committee should go deep into the broader political philosophy and vision under which the PSEs will be required to play their role in the new competitive environment. They said that PSEs of Pakistan should continue to remain the backbone of the economy and therefore their revival is critical to our economic survival. They said that PSEs are the only industries that the nation can depend on to check further decline in our growth rate. They said that it is all the more necessary for the government to increase its efforts for revival of the PSEs. Greater autonomy and non interference in their functioning have to be guaranteed so that the country can fully reap full the benefits of PSEs. They said that PSEs are not only industries for short-term economic and commercial gains but are our national assets.

FPCCI’s Businessmen Panel (BMP) has called for formulating a reform strategy on an emergency basis, taking urgent measures as severe power suspension has been hitting the trade and industry due to electricity shortfall of around 7,000MW amidst closure of more than a dozen of plants in the country. FPCCI former president and BMP chairman Mian Anjum Nisar asked the authorities to take quick action, taking notice of forced loadshedding in the industry because of non-availability of fuel, technical faults, failure in purchasing of fuel and maintenance of the power plants, leading to crunch of thousands of megawatts across the country. While addressing a meeting of the business community, convened to discuss the loadshedding issue, he said that all the major industrial cities of the country are facing electricity loadshedding of 5-8 hours due to which the production activities are badly suffering. He said that rural areas are also reportedly facing severe loadshedding at a time when the mercury is on the rise and this situation is making the life of common man more miserable.

Mian Anjum expressed concern over long power outages and stressed the need to rectify technical faults immediately. He said that industry is troubled by loadshedding and out of the non-functional power houses, some plants having 5,741 MW of generation capacity can be made functional with an immediate effect, he added.

He said that the Power Division could not timely replace kits or tools in power plants for lack of funds, rendering them non-functional, some of them for the last one year.

The BMP chairman also called for urgent measures not only to improve the economic situation but also to overcome the power shortage.

He called upon the government to take urgent measures to curb the rising power loadshedding as it will badly hit the business and industrial activities.

He said that the country has an installed capacity of electricity of over 39,000 MW, but currently the system is producing 14,000 MW of electricity, which shows the inefficient performance of the power sector. He said that Pakistan’s energy sector has been facing great losses and distortions in the distribution sector for years, costing the national exchequer billions of rupees annually.

FPCCI former president also stressed for bringing drastic improvement in the performance of power companies as uninterrupted supply of electricity to businesses and industries is the key requirement to ensure better growth of economy. 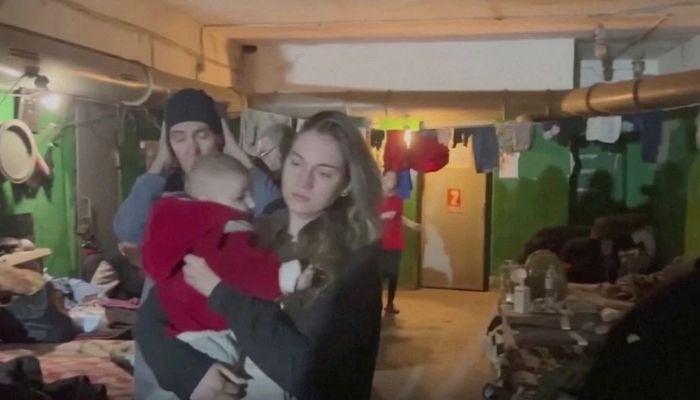 Next Article Changes To The ECL

Trent Boult breaks the record of most runs in Test Cricket batting at No. 11

NOTTINGHAM: New Zealand’s left-arm pacer Trent Boult broke one of the unique batting records in Test cricket as he has scored […]

Kashmiris on both sides of the Line of Control and the world over are observing the Accession to Pakistan Day, on Tuesday, with a […]

The global focus, as rightly noted by Pakistan National Security Advisor (NSA) Moeed Yusuf, is gradually shifting from geopolitics to geoeconomics; so is the nature […]