George Russell insisted Thursday that there are no “hard feelings” between him and Mercedes teammate Lewis Hamilton despite sitting ahead of the seven-time world champion in the Formula 1 title race.

Russell, in his first season with Mercedes, even deferred to Hamilton as the team “captain”.

“I think because we’re at just different stages of our career, there’s no hard feelings either way,” Russell told Sky Sports ahead of this weekend’s Emilia-Romagna Grand Prix at Imola.

“From my side, I’m 24 years old going up against the greatest of all time, if he were to finish ahead of me, obviously I don’t like it but I’m not going to cry and sulk about it.”

Russell is currently second in the championship after three races with 37 points, 34 behind Ferrari’s Charles Leclerc who won the season-opener in Bahrain and in Australia two weeks ago.

He is also nine points ahead of Hamilton who languishes down in sixth place.

“I think equally from Lewis’ side, he’s achieved so much – he’s a seven-time world champion, he’s got all the records,” added Russell who spent three seasons with Williams before his promotion to Mercedes.

“You see it sometimes when you’ve got two drivers who are at the same stage of their career… In the back of all drivers’ minds they’re fighting for that top leadership spot, whereas for both of us, there isn’t that because Lewis has been here for so long.

“I’m the new kid within the team and I’m not going to go out there trying to be the leader of the team when I’m going up against the greatest of all time who’s been here for 10 years. He’s like the captain of the team and that’s how it should be.” 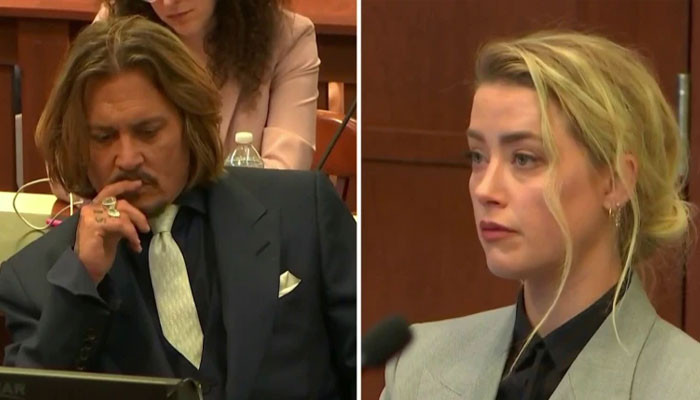 Pak vs Eng: When is PCB announcing squad for T20I series?

Pakistan cricket team. — ICC LAHORE: The Pakistan Cricket Board (PCB) will announce the squad for the upcoming seven-match T20 series against England in the next […]

Clubs fined by UEFA for FFP breaches | The Express Tribune

LAUSANNE: Paris Saint-Germain, Inter Milan and Juventus are among clubs who were handed fines by UEFA on Friday for breaches of Financial Fair Play (FFP) […]

LOS ANGELES: Jennifer Kupcho held her nerve to clinch the first LPGA Tour victory of her career on Sunday, winning the Chevron Championship after firing […]

Alcaraz in cruise control at French Open | The Express Tribune

PARIS: Carlos Alcaraz lived up to the mounting hype with a winning start at the French Open on Sunday but Arab trailblazer Ons Jabeur fell […]