Russia has been hiding evidence of its “barbaric” war crimes in Mariupol by burying the bodies of civilians killed by shelling in a new mass grave, the city’s mayor said on Thursday, as a US satellite imagery company released photos that appeared to match the site.

The mayor, Vadym Boichenko, said Russian trucks had collected corpses from the streets of the port city and had transported them to the nearby village of Manhush. They were then secretly thrown into a mass grave in a field next to the settlement’s old cemetery, he said.

The invaders are concealing evidence of their crimes. The cemetery is located near a petrol station to the left side of a circular road. The Russians have dug huge trenches, 30 metres wide. They chuck people in.”

“The bodies of the dead were being brought by the truckload and actually simply being dumped in mounds,” an aide to Boychenko, Piotr Andryushchenko, said on Telegram.

The graves could hold as many as 9,000 dead, the Mariupol city council said on Thursday in a post on the Telegram messaging app.

The mayor estimated that more than 20,000 Mariupol residents had been killed since Russian forces began attacking the city during the early days of Vladimir Putin’s invasion. Most bodies had now been removed, he said, with some disposed of in mobile crematoriums.

Later on Thursday, the US company Maxar Technologies released images of what appeared to be a mass grave in the same area. The site had been expanded in recent weeks to contain more than 200 new graves, Maxar said.

Ukrainian President Volodymyr Zelenskiy has accused Russia of planning to “falsify” an independence referendum in the partly occupied southern regions of Kherson and Zaporizhzhia.

Zelenskiy urged residents of areas under Russian occupation to not provide any personal information, like their passport numbers, to the Russian forces, in a video message aired late on Thursday evening.

I urge the residents of the southern regions of Ukraine – Kherson and Zaporizhzhia regions – to be very careful about what information you provide to the invaders. And if they ask you to fill out some questionnaires, leave your passport data somewhere, you should know – this is not to help you…

This is aimed to falsify the so-called referendum on your land, if an order comes from Moscow to stage such a show. And this is the reality. Be careful.”

Zelenskiy also issued a warning to ‘Kherson People’s Republics’ saying their plans “are not going to fly”.

“If someone wants a new annexation, it can only lead to new powerful sanctions strikes on Russia. You will make your country as poor as Russia hasn’t been since the 1917 civil war. So it is better to seek peace now.”

Hello and welcome back to the Guardian’s live coverage of the war in Ukraine.

I’m Samantha Lock and I’ll be bringing you all the latest developments until my colleague, Martin Belam, takes the reins a little later in the day.

It is just past 7am in Ukraine. Here’s what we know so far:

As usual, please feel free to reach out to me by email or Twitter for any tips or feedback. 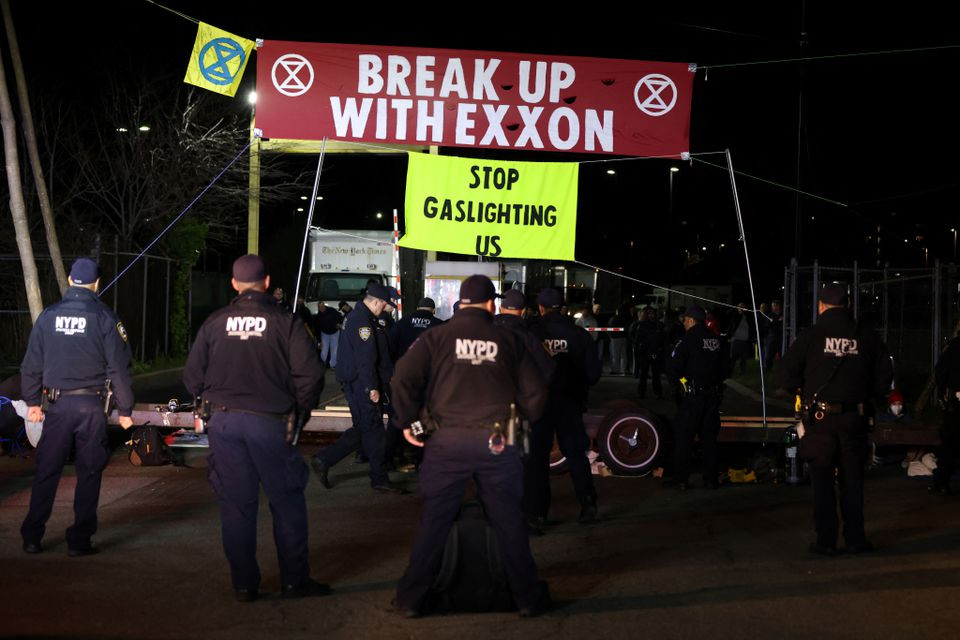 Finland’s prime minister said on Thursday she would have no problem with taking a drug test after a video of the 36-year-old partying sparked criticism. […]

This handout photo provided by the official Saudi Press Agency on May 16, 2022, shows Saudi King Salman bin Abdulaziz (C) leaving a hospital in […]

KYIV: Russian forces have stepped up their assault on the Ukrainian city of Sievierodonetsk after claiming to have captured the nearby rail hub of Lyman, […]

The Taliban have ordered all women to cover their faces in public in Afghanistan, the latest sweeping restriction by a government that has taken away […]