The Norwegian has displayed some of his best tennis on clay and has reached his third ATP Tour quarter-final of the season with a resounding victory over Ruusuvuori.

The 23-years-old stole the show and dominated Ruusuvuori throughout the game with his consistent and heavy groundstrokes to advance after 76 minutes.

Ruud, who made it to the second round in his only prior outing in Barcelona last year, is now three wins away from winning his eighth tour-level title and seventh on clay.

The World No. 7 will return to the court later on Friday to face Pablo Carreno Busta of Spain or Lorenzo Sonego of Italy in the quarterfinals. 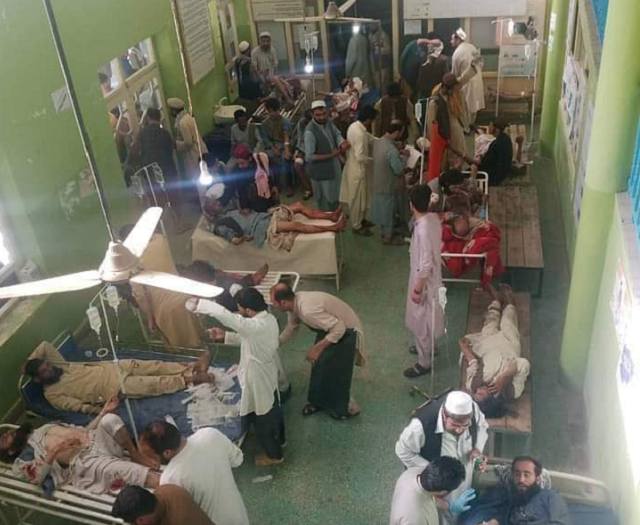 Pakistani cricketers at Lahore airport ahead of departure for Colombo. Screengrab LAHORE: The national cricket team left for Sri Lanka on Wednesday to play two […]

A yak at the Oscars: first nomination for Bhutanese film

THIMPHU – Filmed in one of the remotest corners in one of the world’s most inaccessible countries, “Lunana: A Yak in the Classroom”, is the […]

Pakistan pacer Naseem Shah and cricketer Mohammad Nawaz. — Twitter Pakistani fans hit back at Indians in young fast-bowler Naseem Shah’s support after they made mocked his […]

NEW YORK: Rafael Nadal overcame a freak injury scare when he accidentally hit himself with his own racquet to reach the US Open third round on Thursday […]