Samantha Markle asks if Archie and Lili ‘really exist’: ‘Nobody has seen them’

Speaking to LBC on Friday, Samantha tells Nick Ferrari about ‘logical’ conspiracies that says Archie and Lili do not exist.

She added that even their father, Thomas Markle, has not seen the children’s full-frontal faces.

She said: “Of course, he’s sad as a grandfather, he wants to see the children.

“You want to see that your children are happy, your offspring.”

The half-sister of the Duchess of Sussex then propagated “fake aggregate news” claiming “that the babies don’t exist, this and that – that’s not what I said”.

Samantha said: “My father has only seen a little square of Archie’s face. Nobody has seen those children.

“Not my father. And it was my understanding that the Royal Family has not either.

“And you know that royal journalists would have picked up on that like flies on flypaper so to speak. Or bees to honey.

“Nobody has seen the children, full-frontal, face-on.

“The world would have joined together in celebrating these children. But nobody has seen them.”

Meghan’s half-sister said: “Yes they probably do. But we don’t have a visual reference.”

The statement comes months after Samantha filed a defamation suit against Meghan Markle for ridiculing her family and the royals in Oprah interview. 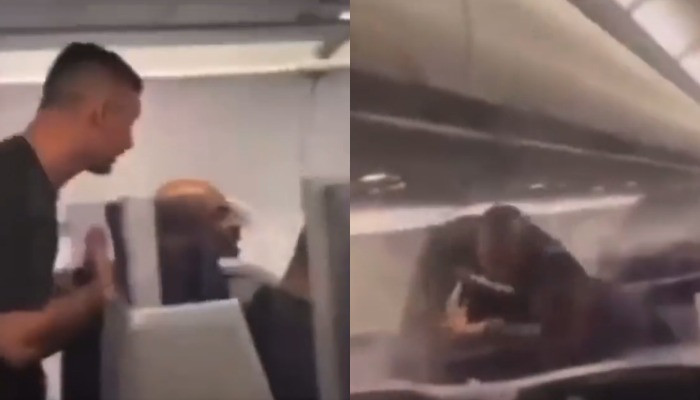 Next Article Watch: Mike Tyson punches man for persistently trying to talk to him

Kim Kardashian, Kylie Jenner call out Instagram for being too similar to TikTok

Chris Rock takes a dig at Will Smith after Oscar slap: ‘I got my hearing back’