“Did the customs had sent the samples of heroin recovered from the accused to lab according to the law,” Justice Ijazul Ahsan questioned while hearing the case. “The trial court had declared dispatch of the samples lawful,” Customs lawyer replied. “The accused destined to fly out to Czech Republic on April 23,” the lawyer further said.

“The name of the accused can be added to the ‘stop list’ if the case have substantial grounds,” Justice Ahsan remarked.

The Supreme Court of Pakistan had yesterday stopped Hluskova from travelling abroad in drug smuggling case.

The Czech national was sentenced to eight years and eight months in jail by a sessions court in April 2019. She was arrested at Lahore airport for attempting to smuggle heroin from Pakistan to Abu Dhabi on January 10, 2018.

The high court acquitted her last year in November and was released from prison the same month.

Customs counsel yesterday stated before the court that Tereza Hluskova was sentenced to eight years in prison by the trial court for smuggling drugs and was later on released by the Lahore High Court (LHC).

The counsel pleaded the court to stop Hluskova from going abroad as she had booked her flight for April 23.

A two-judge bench of the high court, headed by Justice Ali Baqar Najafi, had allowed Hluskova’s appeal against the trial court’s verdict, acquitting her in the case.

Earlier, the Czech woman had told investigators that she had came to Pakistan to work as a model but someone slid narcotics into her luggage. According to a case registered against her, 8.5 kilogramme of heroin was seized from her possession. 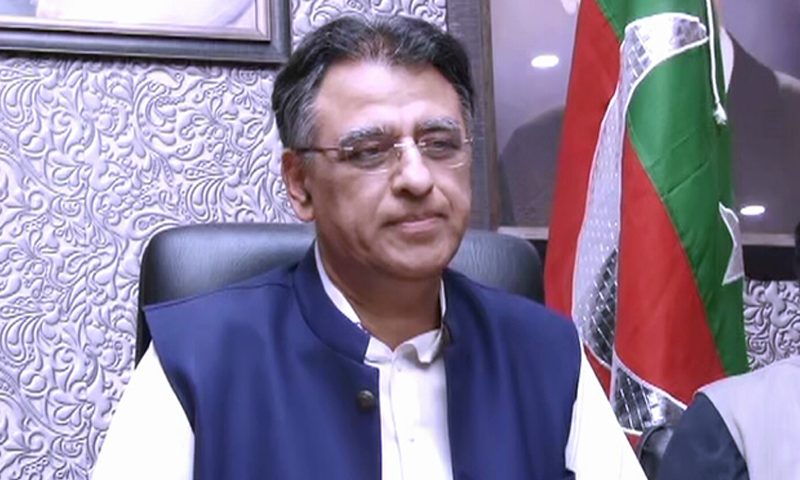 ISLAMABAD: Covid-19 test positivity ratio has dropped below 10 percent in 24 districts of Pakistan, ARY News reported on Sunday. The national positivity rate of […]

KARACHI: Karachi police and intelligence agencies have apprehended two alleged facilitators of the Panjgur and Naushki attacks during a joint raid in Karachi. Talking to […]

Notice issued on plea against dismissal of Gill’s physical remand

PTI leader Shahbaz Gill in court during a hearing of a sedition case filed against him. Screengrab ISLAMABAD: The Islamabad High Court (IHC) on Monday […]