He was reacting to Imran Khan’s press conference earlier in the day in Islamabad.

Sharjeel Memon said Imran Khan was removed through constitutional way and there was no ‘foreign conspiracy’ in it. He lied while being PM and doing the same now, the Sindh minister added.

He criticised Imran Khan for attacking state institutions. Commenting on the demand for resignation from the ECP, Sharjeel Memon said Imran Khan is raising alleged false accusations over the Election Commission of Pakistan after failing to control it.

The present democratic government firmly stands with the state institutions, he maintained.

Earlier, Pakistan Tehreek-e-Insaf (PTI) Chairman Imran Khan demanded that the Supreme Court should conduct an open hearing into the matter relating to the “threatening” diplomatic cable a day after National Security Committee affirmed its existence.

Addressing a press conference, the former PM said that the NSC meeting confirmed that the diplomatic cable exists and “I can confirm that the tone was quite patronising, and the threat was open and they clearly demanded the removal of Imran Khan as PM”. 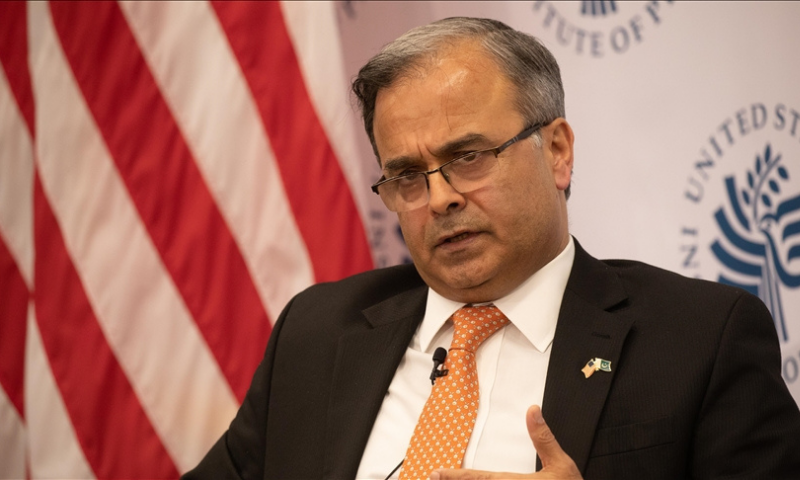 The Supreme Court directed the Islamabad chief commissioner on Wednesday to provide an alternate site to the PTI to hold its Azadi March by 2:30pm […]

Foreign Minister Bilawal Bhutto-Zardari speaks at the United Nations, in New York, United States, on May 20, 2022. — Reuters Bilawal lands in China on […]

ISLAMABAD: The PTI is preparing to stage a one-million strong rally at Islamabad’s D-Chowk ahead of the opposition’s no-confidence motion in the lower house of […]