South Korea split in row over military service for BTS


They generate billions for the South Korean economy and have helped turned the country into a cultural superpower, but must Jin, Jimin, V, RM, J-Hope, Suga and Jungkook – the seven members of the K-pop phenomenon BTS – start swapping their stage outfits for military uniforms?

Less than three weeks before South Korea’s new president, Yoon Suk-yeol, takes office, the country is gripped by a debate over who, if anyone, should be exempt from compulsory national service – long seen as essential preparation for a potential conflict with its volatile neighbour, North Korea.

While admiration for the band is widespread, South Koreans are divided over plans that will soon be debated in the national assembly to allow the performers, who are all in their 20s, to skip almost two years in uniform in recognition of their stellar contribution to the country’s international reputation.

The award-winning group – who have sold more than 30m albums worldwide and picked up two Grammy nominations on their way to reaching the top of the US and UK charts – have been at the centre of speculation over an exemption since 2020, when they became the first K-pop band to reach No 1 on the US chart, with their song Dynamite.

That year, Moon Jae-in, who will leave the presidential Blue House next month, thanked the singers for raising the profile of K-pop, while the national assembly passed a law allowing pop stars to defer their national service until they are 30, with the permission of the culture ministry.

South Korea requires all able-bodied men aged 18 to 28 to serve in the military for at least 18 months, to defend the country against threats from North Korea, which recently resumed test-launches of long-range ballistic missiles. Aware that many resent having to take two years away from their jobs, Yoon has vowed to increase their military salaries.

Under the current law, only Olympic and Asian Games medallists and globally recognised award-winning classical musicians are exempt or allowed to perform alternative public service. They include Cho Seong-jin, the first Korean pianist to win the International Chopin Piano Competition, and Tottenham striker Son Heung-min. He did a three-week service after getting an exemption, along with his South Korea teammates, after they beat Japan to win gold at the 2018 Asian Games.

But momentum is growing for a change that recognises the huge contribution made by the country’s pop stars. BTS alone are worth more than $3.54bn (£2.8bn) annually to the South Korean economy, according to a 2018 report by Hyundai Research Institute – equivalent to the contribution made by 26 medium-sized companies. The institute said the band was the reason 800,000 foreign tourists had visited the country the previous year.

South Korea, which is technically still at war with North Korea, does not look kindly on celebrities who attempt to wriggle out of military service. Steve Yoo, an actor and singer also known as Yoo Seung-jun, was deported and banned from entering the country after he avoided conscription by becoming a naturalised US citizen in 2002, months before he was due to be drafted.

While polls show most South Koreans support an alternative to compulsory military service for BTS, some voiced concern that, without clear guidelines, a change in the law could be exploited by less deserving celebrities.

All male South Koreans “have a duty to fulfil their national defence obligations”, said Choi Hyung-seok, a 32-year-old office worker.

“It is true BTS are promoting national prestige but the standards for evaluating national prestige are too vague,” he told the Observer. “If famous singers are exempted from military service, starting with BTS, there will probably be many cases of abuse. I think it’s important to have some flexibility so that male celebrities can do their work as well as serve the country.”

Kim Jong-woo, a university student in the capital, admitted he felt “uncomfortable” supporting an exemption, but added: “It would make South Korea more powerful and attractive, and boost the country’s soft power, if people like Son Heung-min and BTS were able to continue their careers as musicians or athletes, rather than serving in an infantry unit or marching band for one-and-a-half years.”

An exemption could alienate large numbers of young men – many of whom voted for the incoming president – at a time when they feel increasingly left behind by rising property prices and pressure on the job market.

Under the existing law, BTS’s 29-year-old singer Jin – whose real name is Kim Seok-jin – will have to report for duty by the end of this year, while the other six members, born between 1993 and 1997, have a little more time to focus on their performing careers.

BTS’s singers have previously indicated they will answer the call of duty when the time comes, but have not commented on the bill awaiting debate in the national assembly.

Their agency, Hybe, has urged MPs to decide before Moon’s term ends on 10 May. Delaying a vote would result in “endless discussion”, the agency’s chief communication office, Lee Jin-hyeong, said recently.

“The uncertainty is weighing on us. Hopefully, the matter can be concluded soon,” Lee said, according to the Korea Herald, adding that the artists were “finding it difficult to deal with the issue”. 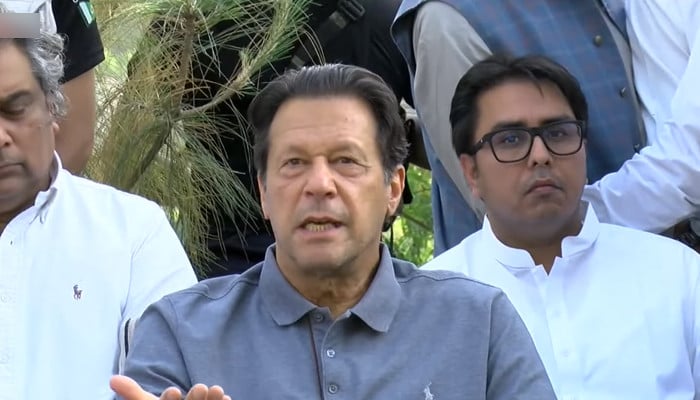 Previous Article I told the truth, NSC’ statement confirms there was a conspiracy: Imran Khan

A powerful 7.4 magnitude earthquake struck off the coast of Fukushima in northern Japan on Wednesday evening, leaving four dead, and plunging more than 2m […]

Turkish football club Galatasaray are set to face Barcelona in a compelling match against Barcelona on Thursday in the UEFA Europa League last 16. Galatasaray […]

The Labour leader, Sir Keir Starmer, has urged supporters not to be complacent in advance of the Wakefield byelection, adding that a victory “could be […]