Ukraine will ask US for more heavy weapons to defeat Russia, Zelenskiy says


Ukraine will ask the US for more heavy weapons to defeat Russia, Volodymyr Zelenskiy said on Saturday, before what he said was a “very significant” visit to Kyiv by the US secretary of state and defence secretary on Sunday.

The Ukrainian president said the US and UK had provided his embattled country with the “best military support” since Vladimir Putin’s invasion two months ago. He said he would present an “armaments list” to the Biden administration on Sunday, in order to thwart Russia’s ongoing attempt to seize the Donbas region.

With sufficient arms Ukraine’s military could take back “tomorrow” territory temporarily occupied by Russian forces in the south and east, Zelenskiy said. He acknowledged his “western partners” had recently speeded up delivery of arms, especially Washington.

He praised European leaders who had been brave enough to come to Ukraine in person and said he hoped the US president, Joe Biden, would visit once the security situation allowed. He said his country didn’t need “tragic selfies”. Instead it required planes and tanks, he suggested.

Zelenskiy’s pleas for further western assistance came at an extraordinary press conference in Kyiv. It took place in a venue deep underground, apparently chosen to protect the president from Russian bomb attack. More than 200 journalists were summoned to the Khreshchatyk metro station.

After security checks, they descended several hundred metres on an elevator and then walked through a decorative Soviet-built chamber to the independence square metro stop. A silver dais had been set up in front of a Ukrainian flag and trident. Trains trundled surreally past.

The president arrived at 7.30pm local time, flanked by Ukrainian commandos. It was Zelenskiy’s biggest media event since Moscow promised in February to “demilitarise” and “de-Nazify” Ukraine. The Kremlin plan to seize Kyiv within days failed and has now morphed into an open-ended war of conquest.

In a meeting with his defence secretary, Sergei Shoigu, last week Putin was seen strangely clutching the table. Asked by the Observer if possible illness explained the Russian leader’s decision to invade Ukraine, Zelenskiy said: “It’s difficult to assess”.

He stressed: “The Russian Federation always wanted something like this to happen. A lot of Russians don’t believe we are independent. We are attempting to repel an encroaching invasion. We are struggling for the right to live. It’s a war for Ukraine’s freedom.”

Zelenskiy compared the Russia military’s behaviour in Ukraine to that of German fascist troops who subjugated Europe 80 years ago. “These are Russian Nazis. They will for ever be inscribed in the history books as barbarians,” he said, citing the murder of civilians including woman and children and widespread rape.

Looking a little tired, and dressed in a grey military fleece, Zelenskiy spoke passionately about the destruction of peaceful communities. He said five Russian missiles slammed into the port city of Odesa on Saturday, killing eight people in an apartment building, and wounding eight.

One of the dead was a three-month-old baby. “Try to grasp it. The war started when the child was a month old. These are pure bastards. They are monsters. It’s horrifying. They don’t care,” he said. A future war crimes tribunal would mete out justice against Russia’s leaders, he added.

Zelenskiy reiterated his willingness to meet Putin for face to face negotiations. “I’m not afraid,” he declared, after reports of several Russian plots to kill him. But he said Ukraine would break off talks if Moscow went ahead next week with what he called a “pseudo-referendum” in the southern Kherson province.

Russia appears poised to legitimise its land-grab by holding a sham vote in occupied areas, similar to the “referendums” in 2014 which saw the creation of the so-called Donetsk and Luhansk’s people republics. A new vote would mean talks with Russia were “just theatre with very bad actors”, he said.

Zelenskiy described the situation in besieged Mariupol as “monstrous”. He admitted Ukraine was facing hundreds of Russian armoured vehicles and would not be able to “de-blockade” the port city or its steel factory, where civilians have taken refuge.

Russia continued to bombard the Azovstal plant, just hours after Putin pledged all attacks would cease, Zelenskiy said. Kyiv had offered to trade the civilians trapped inside for Russian serviceman but Moscow had refused offers of “pragmatic dialogue”, he complained.

Zelenskiy said he was enormously proud of Ukrainians who defended their country from Russia’s attack. “They are heroes,” he said. He also praised the media, describing them as “apostles” in the battle for truth at a time when Russia was bombarding its population with lies and disinformation.

The president said the war had brought his citizens together. It had also given the European Union a sense of common values and Nato fresh strategic purpose, he suggested. “We have unity. We need weapons,” he said, before disappearing up an escalator back to his presidential office.

On Thursday the US promised $800m in more weaponry for Ukraine. Biden said he would ask Congress for more money and pledged to send heavy artillery, dozens of howitzers, and 144,000 rounds of ammunition, as well as tactical drones.

“We’re in a critical window now of time where they’re going to set the stage for the next phase of this war,” Biden said, referring to Russia’s attack on the Donbas. The US and its allies were “moving as fast as possible” to provide Zelenskiy with the equipment and weapons he needed, Biden added.

Zelenskiy will meet the US secretary of state, Antony Blinken, and and the defence secretary, Lloyd Austin, on Sunday. 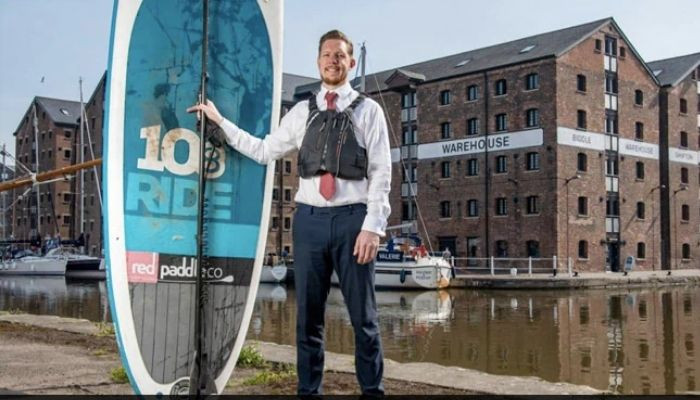 Previous Article Unique way to save money on petrol: Man paddleboards to work

The EU must “make up for lost time” in finding urgent answers to an energy price spike that is a “catastrophe” for households and businesses, […]

The remains of a huge sea creature with enormous teeth that could have helped it capture giant squid have been found in the Swiss Alps. […]

So far, 32 pairs have set up face-to-face meetings, with romance blooming for 17 couples.—AFP Old-fashioned love letters may be the alternative to modern online […]